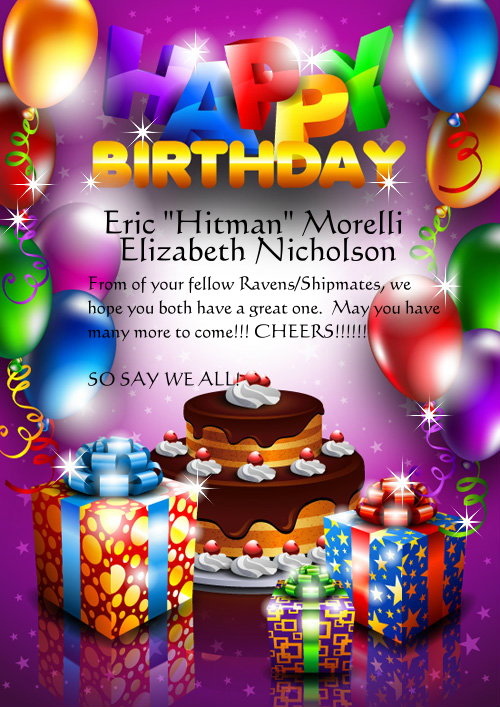 Battlestar Raven would just like to wish the following Raven Members:

A very big HAPPY BIRTHDAY, from all of your fellow crewmates here on the Raven.  May the both of you…

Above the Colonial Fleet Shipyards, Leonis.

The alarm and klaxon surprised Lt. Jg Jeff Phillips. Getting out of his bunk and quickly getting into his flight suit. He looks to his roommate and friend Ensign Eric Chronister. “Is…

I just wanted to quickly welcome all new Raven Members, to the Raven Family and Friends Circle.  In just a short period of time, we have really grown in numbers and quality.  One of our recent members is Phillip Cocking, from the United Kingdom.  One thing I would like for all to know is that Phillip Cocking has a great skill for building models.  He built a 6 Foot long Classic Series Galactica Model, which he has been sharing pictures of his work to us. Here is an…

Galacticon III - any fellow Cigar Smokers out there!!!

Well now - I know I'm going to be busy as a  - - -  Well lets keep this post PG...  However, are there any good Cigar Bars, retailers, or fellow fans that can steer me in the right direction???

So looking forward to a good smoke, and good Bourbon on my trip!

With the second suspect having been aprehended, I believe it prudent to bring the ship to condition 3, all clear. Thank you for your rapid response and be safe out there.

Tom Kane, the voice of Yoda in Clone Wars, has been added as a guest with our sister convention ComicPalooza. Tom is a huge Battlestar fan and owns several high end Battlestar props such as Starbucks duty blues. Be sure to stop by and talk BSG with him.

Per Raven Actual:
Action Stations! Action Stations!   Set Condition 2 throughout the ship. Please be careful and be aware of your current surrounding areas. Remain in constant communication with the Command Staff and let us know how you are doing via email. Remain on alert until further notice.

The Raven has reduced running lights to 50% for the remainder of the week in recognition of the citizens of Boston an to remember the victims and casualties of this horrfic attack. Our hearts are with you and we recognize the heroics of the first responders who were so quick to render assistance.
So say we all!!

Hi Everyone in the Battlestar Galactica Universe,

My name is Lt Jg Roger “Reamer” Barstow squadron leader of the Flying Tiger’s air wing aboard the Battlestar Raven BFC-002. I’m on a mission to inform all new members of the Battlestar Fan Club (BFC) how easy it is…

I am calling for an artist who would be willing to do a piece for me. I am looking for a piece depicting the visuals of the Vipers in my squadron the Minotaur.

What I would like to see is either an in-flight or landed Viper Mark III and Mark VII. The one thing that would make us distinctive is on the tail wing, The wing itself would be red and black checkered. Also on the Mark III in the nose would be a mini gun as you would see on the A-10 Thunderbolt.  If you want to get… I would like to personally congratulate the following two individuals that became the latest TOP GUN members on Battlestar Raven.  Both have achieved the TOP GUN status first time around.

Way to go Ravens! Both of you are now part of the wall of…

Hi all we are coming over from the UK to Galacticon 3. is anyone on here going in costume?? I am going as Baltar and my wife as Cylon Six here is a pic of us at a Con in the UK. 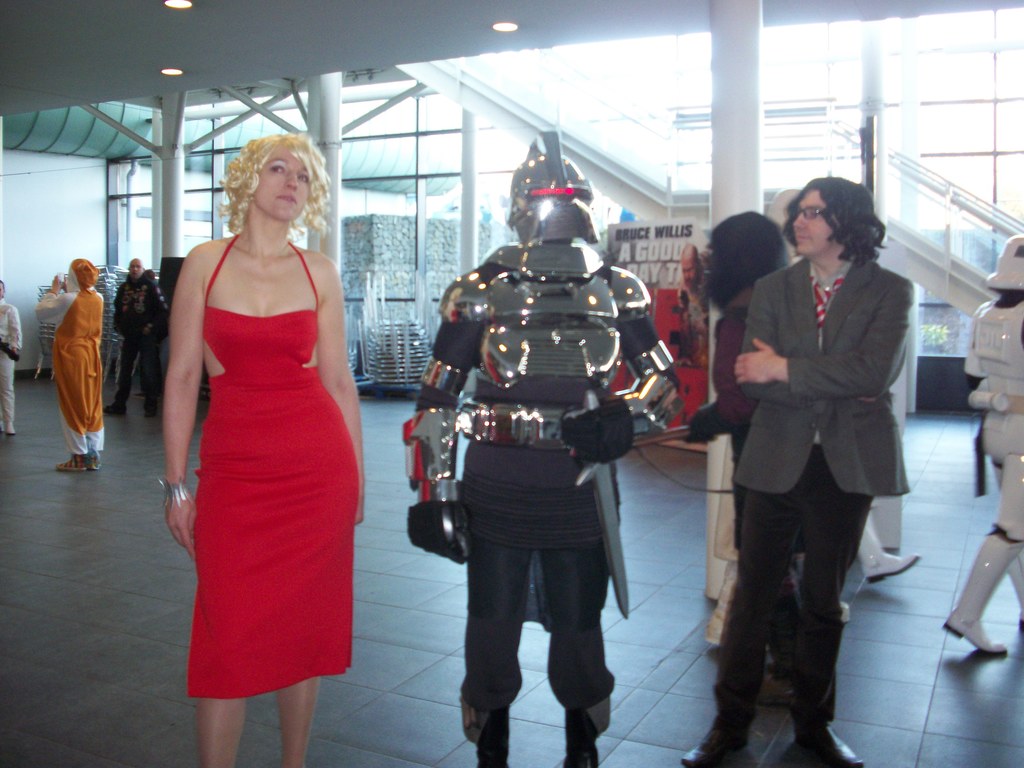 The next few days i recommend you all read the BFC Forum sections for pertinent information as well as new Standard Operating Procedures/Guidance (SOPs) which i will be releasing. In the event if you are new and not aware of said topics they will be listed on this message below. As the new SOPs are released they will be posted in their own individual sections. I will also provide a table of contents l in order to make it easier to find…

Yesterday I married my best friend and wingman Jaime "Irish Princess" Vonada. I know we will be happy together defending the fleet!

Here's some more Sci-Fi becoming Science Reality...Biological Computers as well as several other similar topics in stories below the main one.  How long until che children of men turn on their masters?