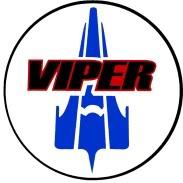 Galileo shuttle on display in Houston.

The restored Galileo shuttle prop  from Star Trek is going on display in Houston. Here is the article.…Continue

This from the A P. Sad news for scifi fans. Ray Bradbury, author of Fahrenheit 451, The Martian Chronicles, and other beloved science fiction novels, died Tuesday night at the age of 91,…Continue

Who is your Favorite Battlestar Character
Starbuck

I am a Fan of
Both

Hello fellow colonials.  Galacticon is taking applications for volunteers for this years con in Seattle. Volunteers are needed in most areas of the show. Anyone interested should go to the link below and sign up.

Here is an interesting interview with EJO. He discusses his current project and conventions.

A friend of mine has started a new BSG forum and invites all BSG fans to check it out. The link is below.

We are five days away from the Thursday night opening of Galacticon 3 ! if you have not bought your membership you need to get that done before the price goes up at the door.

What a great opportunity for us Classic Battlestar fans. Look at the list of guest from the original series:

We will have a classic Cylon…

matt solomon said…
I was just looking to see if any other BSG fans where headed to Dallas con next week. I saw you where listed. My friend and I are going in our bdu's. Keep and eye out for us, it's always nice to meet other BSG fans out there.

From The Pilots And Crew Of The RAVEN AIR WING:

HAPPY BIRTHDAY,PAUL! SO SAY WE ALL!!

LOVE the birthday pic! Man, if I could spend my birthday having a shot with anyone, it would be that frakker Saul Tigh.  Thanks, Paul. This made me smile big time.

Just a friendly reminder.  I previously mentioned to some of you that the computers are all fried at my place of employment, and I have been using a family computer to do all welcoming and posting on the Battlestar Galactica Fan Club site during the Christmas and New Year holidays.  This will not be the case when the holidays are over, so after New Year, I will not be able to welcome, greet, and support new members of the Battlestar Galactica Fan Club or the Battlestar Atlantia, at least not in a timely and consistent fashion.  We do not want for anybody to be or feel left out or slighted, so please respond accordingly.

It's a great club, and I'll try to visit and check it out when I can, but my timely and consistent participation can not be guaranteed as of New Years.

I thank each of you, and will do my best.  I think in the future I will give a welcome to the fleet with a general overview of ways to participate, and leave the option open for replies if anyone is interested in joining Battlestars, getting suited up, or has questions about Galacticon 3.  As far as “airlocking” goes, I don’t feel too overly zealous about doing that sort of thing.  If anyone says something that is offensive or unkind, I’ll try to smooth it over and request civility and keeping it fun and enjoyable for everybody.  If I notice spam or if things continue to get out of hand, I’ll just bring it to your attention.  Mostly I’ll act as a Wal-Mart Greeter of sort for the Battlestar Fan Club, greeting and trying to help with any questions.

Also, I do have frequent problems with the computer here where I work, but the computer at home is reliable.  Much of my traffic may be confined to early mornings or later in the evening, but I’ll still check as frequently as possible.

Thank you very much.  I really do hope the idea catches on, because it should benefit everyone.

By the way, wishing you and the rest a very happy Thanksgiving in advance.  Here are two of my favorite old e-cards for Thanksgiving.  They're pretty cute.  If you like them you can pass them on to others! :o) JDF

Bird With No Tomorrow:

I would immagine you have better access to the producers, writers, etc. of both versions of Battlestar Galactica.

There are many Battlestar Galactica fans who are really into ship designs and the Sci-Fi technological aspect of Battlestar Galactica.  There are lots of technical manuals with ship designs for other similar Sci-Fi productions such as Star Wars and Star Trek.  It is a lucrative merchandising income for both, and their materials are protected by copyrights.  Anybody who has access to the producers of Battlestar Galactica, and I know some do, might encourage them to provide some good ship designs and technical manuals.  There is a decent market for this sort of thing, including fans, role players, Sci-Fi technogeeks, etc.  This would not only provide extra income for the producers, but would also advertise Battlestar Galactica, making it even more popular, and would assist in funding future productions.  This applies to both the original and re-imagined versions.

Please pass on the request/suggestion, and encourage the production of official cannon technical manuals for Battlestar Galactica.  Some have personal relationships and access to the writers and producers, and any fans can make requests at Galacticon 3 and other conventions in person as well.

Other Sci-Fi franchises continue to receive a lucrative income from such merchandising, years and decades after the initial production of these movies, series, and spin-offs.