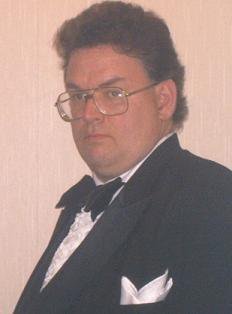 I have often wondered whether the other members of this organization have managed to codify a list of sources for official uniform gear and/or materials. Proceeding on the surmise that they have, I…Continue

COL Parker "Archon" Gabriel has not received any gifts yet

Fleeing from the Cylon tyranny...

Back when the Caprican named Archon was a lowly ensign in the Colonial Service, he signed aboard the Pegasus, under the command of Commander Cain--aboard which battlestar he never truly felt like he belonged. The Pegasus later mounted an assault on two base stars, intending (vainly, as it proved!) to get at the third, which Baltar was commanding. But before it launched that attack, Archon, by then a Colonial Service lieutenant, transferred from the Pegasus to the Galactica, under the command of Commander Adama. The Galactica proved to be more conducive to his particular temperament, skills, and training, and Adama proved to be a better commander, for his cubits, than Cain had been. By the time thirty yahrens had gone by, Archon had worked his way up through the now-severely thinned ranks to become a colonel in what was left of the Colonial Service.

Referred by
NOT referred

Who is your Favorite Battlestar Character
Adama

I am a Fan of
Original Battlestar Galactica, Galactica 1980

If you are interested, Clash Of Civilizations is a good cross over e-book for Battlestar Galactica and Star Trek. It does have adult content though, so not for the kiddies. Good reading! So say we all! :o)  http://www.clashofcivilizations.co/

Happy Birthday,Archon! So Say we All!

I don't think I have had the opportunity to welcome you here at BFC yet.  Welcome! :-)

I'm trying to reply to your message to me, but can't seem to send it, if you give me your email address, I'll send it there from mine.