Moebius Mk-II Viper with Display Case RaffleIn Support of “Team Zoë”Airlock LeukemiaFor those of you that haven't meet Zoe "Blossom" James she is a happy four year old whom was diagnosed with ALL.…Continue

Maj. Roger "Reamer" Barstow has not received any gifts yet

I was born an only child on Scorpia long after the first Cylon war ended. My parents were among the major stock holders of the Viper production facility in the city of Amura. My father was an avid pilot and taught me to fly at young age.

I was away from home at a boarding school on Caprica while my parents were on a cruise of the Talimar Islands in the Palentia Ocean on Scorpia. The ship they were sailing on was lost in a fast moving typhoon while the officer on watch was engaged in a drunken party on the bridge. The entire crew and passengers perished in the storm.

I lied about my age and joined the Colonial Air Force at the rank of ensign and fullfilled my childhod dream of becoming a Viper pilot. I was young compared to the other recently recruited pilots. I worked extra hard to prove that age has nothing to do with being an expert piolt. I was one of the first Viper jocks in my squadron to earn the coveted award of “Top Gun.” I joined the crew of the Battlestar Raven and served under Captain Leonidas in the Spartan Squadron.

Recently I was given my first command as the Squadron Leader of the new “Flying Tigers” Air Wing!!!!!!!

I have always been a science fiction fan. When I was young I watched Star Trek, Lost in Space, Voyage to the Bottom of the Sea and any TV show that had a hint of SyFy in it.

I have been a fan of Battlestar Galactica since the very beginning and I never missed an episode. In fact, I couldn't wait for the following weeks show. I was shocked when the show was cancelled. I always thought its makers made a big mistake taking Battlestar Galactica off the air.

Then Star Wars came on the scene. I was a member of the Star Wars Fan Club. I went to the theater to see every Star Wars film and I wished it would become a TV series, but as you know it never did.

Star Wars came and went and I followed anything new on the science fiction scene. Then life was getting busy with work and other hobbies (Cars, Guns, Reloading Ammo, and Target shooting). Then like most of us I got married and life was good! ! ! ! !

A work in progress, Check back for more.......later

Who is your Favorite Battlestar Character
Starbuck from Both 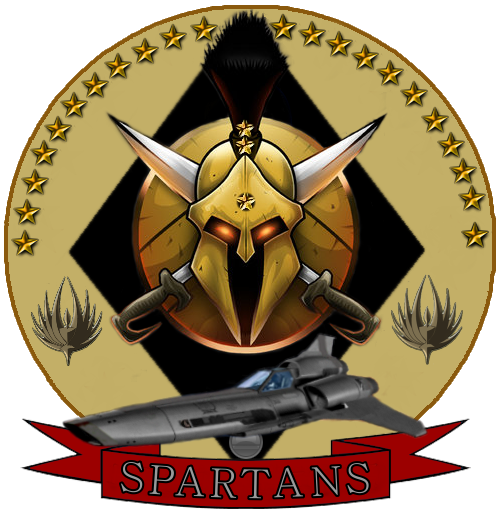 Yes well we did what we needed . My ancestors were warriors and I am very proud to have their blood in my veins. Yes I think the cylons are about due for a proper thrashing as you say. We will see what happens.

Thanks “Reamer” I was thinking about taking the raptor test at a later date as well around first of year. As for my call sign it has more to do with family history then anything else. My father’s side of the the family is from near Inverness Scotland and were Jacobites that fraught with Bonnie Prince Charlie Stuart in the Jacobite raising in 1746. ISO my call sing is in honor and a nod to my Jacobite ancestors . I do love history though mostly Americans and as you see the Scottish history as well. My family is full of Scottish highlanders on dad’s side and Irish Rebels on mom’s side. As I said I will take the Raptors test around the 1st of the year . I wasn’t sure I could do both but you pretty much just told me I could so that works.

Thanks  for  the welcome  Maj Roger "Reamer" Barlow. I  Have  my  call sign I'm  Ens.Erika "Jacobite" Persianni.I  look  forward  to  "hunting"  with the  Flying  Tigers. Love  you  call sign  sir. *smiles  and  salutes*

Good afternoon Major.  What tips do you have to impart on this lowly Ensign?

Thank you Major!  The extra job of a colonel VPN/RPN was really not necessary.  I probably won't get a command again.

Nice job, thank you very much.

I am very satisfied with a job in the CIC and I am not a top gun.  Surely as tactical I will have to cooperate with squadron operations.  Personnally I like more The Seekers, more a raptor jock.

I have also a gift for you friend:

Misty "Snow" White said…
Thanks I love it!

Thank you for the welcome

Thanks for the welcome Major!! So much info for me to get stuck into...

I'm fairly new to the re-imagined universe,but was a massive fan of the original.

Thank you! When applying I picked Raven mostly because I don't know any of the differences between the many ships. I think it would be best to assign me to the Marines, a raptor pilot might need to communicate in more than humming noises.

Great, thank you so much for the information.