Farewell to a Gunslinger...

With great sadness I must report the passing of a giant.

Having known this wonderful guy & having thought so much of him as a person, it has taken me a while to compose my thoughts, maybe not so much as to what to say but as to get myself to say it.

I am of course speaking of Denny Miller, who is so well known to Battlestar Galactica fans as Ser-5 in the classic episode "Gun on Ice Planet Zero".

Denny passed away on September 9th of this year.

Of course Denny's career spanned much more than one episode of Battlestar Galactica...did you know that he was the first blond Tarzan? 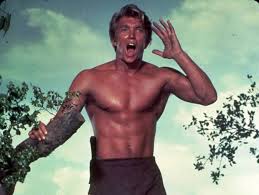 Perhaps the role that Denny was best known for was as Duke Shannon on the television series "Wagon Train" which ran from 1957-1965. 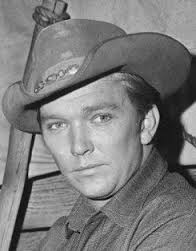 Denny always said that the role he most enjoyed was as "Wyoming" Bill Kelso in the the film "The Party" which starred Peter Sellers of Pink Panther fame.

Denny had roles in many great television westerns such as "Laramie", "Have Gun, Will Travel" & "The Rifleman".

He appeared on "Gilligan's Island", first as surfer Duke Williams & then as Tongo the ape man. 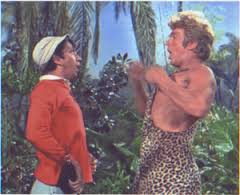 Denny also appeared on such diverse (and well known & loved) shows as "The Brady Bunch", "I Dream of Jeannie", "Gunsmoke" & "Alice"

Denny also joined us for the 2008 Galacticruise & I wanted to share one of the wonderful pictures that photographer Chris Loomis took of him then. Filmography & all else aside...Denny was one of the kindest & most decent human beings I have met & he had a wonderful partner in wife Nancy...she too is a great and wonderful person and my thoughts are with her.

They were always so very kind to me.

How much more can be said?

Words are probably not enough, but know well that this man made his mark on the world and in the minds & hearts of millions of people...a true Gunslinger for our times...

Comment by Maj. Juan (blindsword) Lopez on October 12, 2014 at 9:12pm
Safe voyage home may the stars embrace you on your journey...REST IN PEACE....SO SAY WE ALL