Battlestar Raven's next tentative convention appearance will be at Wizard World Con in Austin, Texas on November 22-24, 2013.  I say tentative because it can change because due to real life responsibilities.  But it is looking good so far. Unless otherwise announce that Battlestar Raven will not be able to make it, we will…

The Flying Tiger’s squadron has grown to 20 members since I was given command a little over a year ago. The maneuvers mission was planned for our new members to have some fun and see what our squadron does for kicks on a Saturday night.

As you read through the comments, those of you that have taken the Viper exam will see the maneuvers come right out of the Viper training manual. While we were have fun, we all got a refresher course it tactics.…

This is the second half of our Saturday Night Mission; it exceeded the maximum number of characters allowed. I hope you like what we’re doing.

info on blood and chrome

Has anyone else heard any more information about blood and chrome?

Looks great! Excellent job well done so say we all!

I would like to personally thank each and everyone of our members and friends here at Battlestar Raven, for helping us reach a milestone of reach over 10,000 FB LIKES. WE could not have done it without each and everyone of your help! So please continue to share our page so we can do to the best of our ability, to keep helping spread the word…

Hero of Battlestar Galactica...two for one!

Firstly a welcome to all our new members...we are glad you are with this us.

Without too much preamble I want to launch into our weekly Hero of Battlestar Galactica Hero honor.… 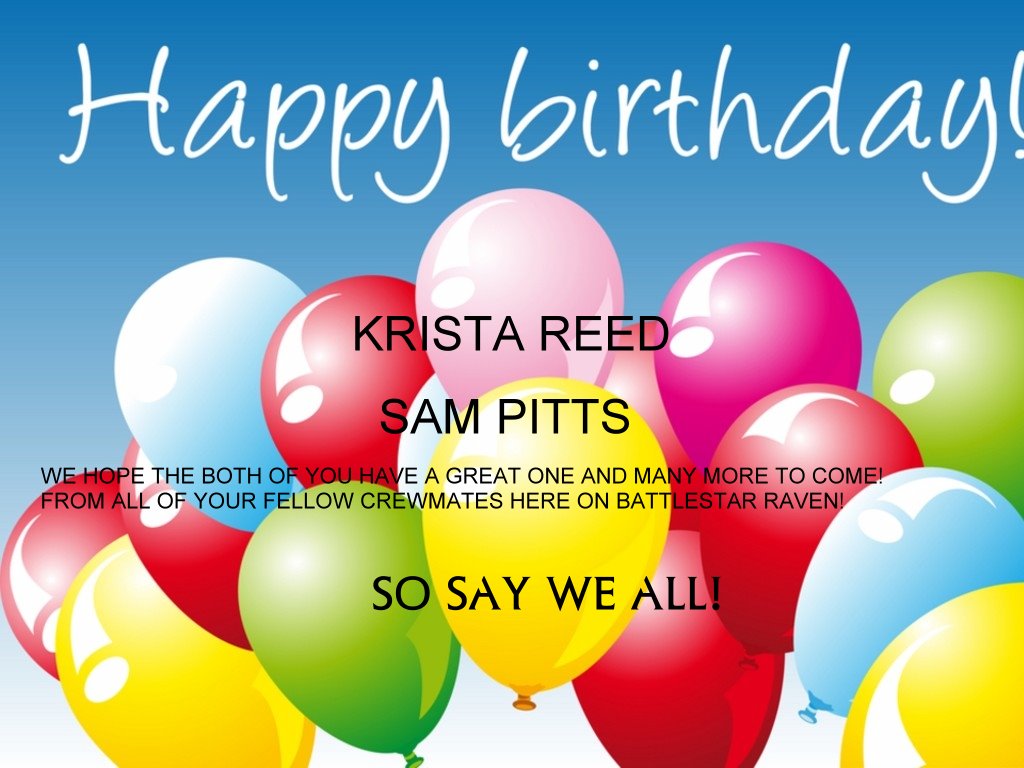 Battlestar Raven would just like to wish her following members:

a VERY HAPPY BIRTHDAY.  May the both of you have a great one and many more to come.  From all of your fellow crewmates aboard Battlestar Raven.

PILOTS OF THE RAVEN AIR WING

On Behalf Of The Commander, And Myself, I Would Like To Extend Congratulations For Your Stellar Performance Saturday Night!

To Put It Simply,We Kicked Ass And Took Names - Exactly What we Are Trained to Do! And, In The Process, We Made Our Small part of This Vast Universe A Little Bit Safer.

We ,Along With The Raven Herself, Eliminated A Cylon Threat In Our Vicinity; And Made it Harder For The Enemy To try And Impede Our…

Hi everyone in the Battlestar Fan Club and the Battlestar Galactica Universe. This mission was planned by Battlestar Raven’s CAG Major Keith "Leonidas" Ranson and I over a week ago. We decided to put it off until last night in hopes that we could interest more people to join us.

It’s always better to have more people involved for a mission of this magnitude. Trying to make… The Hammers Squadron finally has a Squadron Leader that will hopefully get her off the ground and hitting the sky and joining the fight against the enemy as one of the ELITE Defenders of The Fleet aboard the Raven.  He is someone that has no problem getting things going when the tough gets going.  He is no stranger getting…

Memorial for a Hero

Hello Colonials...welcome to all of our newest members of course, welcome to the fleet!

We are dedicating this particular message to an actor as a memorial & a honor before all the fans of Battlestar Galactica.

Taking the shuttle back to the Raven.

Sleepy eyed and sore from all of the running around that has been done, Lt. Phillips sees his home ship in the porthole of the shuttle taking him back to duty. A convention of fun on Caprica where a favored band of his was playing. Some of his favorite actors from the holo-net were also there as well. So he signed up to get pictures and autographs of his favorites so that was something he felt accomplished and proud of. He had even participated in a old simulation game. letting the other…

Well, what can I say, we certainly had a lot of fun at Space City Con for I am still tired as FRAK from the convention :-)  I was a little reluctant setting up a table at the con due to manning.  But the one person I did not expect came through for me was my husband (he is a non-science fiction fan but learning the ropes) .  He made sure I had some help at the convention for I had only one day turn around to breathe after doing Uncle Sam's bidding for two straight weeks.  And the crew and… 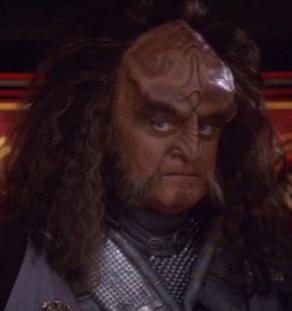 Well, we are done with Space City Con: Houston, TX The combine force of the Raven Crew and her Classic Series Viper Squadron …

Welcome to the group!

Colonials, The Raven Contigent will be participating in the Space City Con: Houston, TXCharity MechCorps Entertainment . The Crew of the Raven VS. Browncoats at high noon on Sunday, August 4th, 2013 ,… 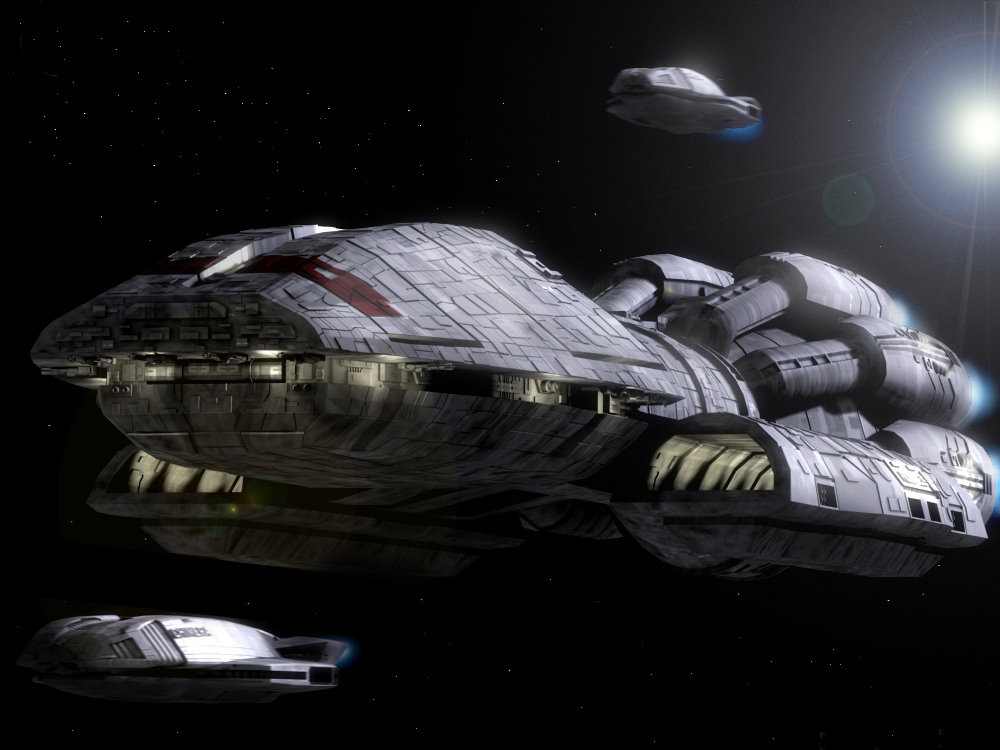 Battlestar Raven is ready to make a jump to Space City Con in just less than 24 hours.  We will be joined by several members of Battlestar Raven including groups that are associated with the Raven like the Blackstar Squadron.  As I mentioned in the previous email, we will have both have the RDM and Classic…

Battlestar Galactica Marine costume another costume finished for my wife! 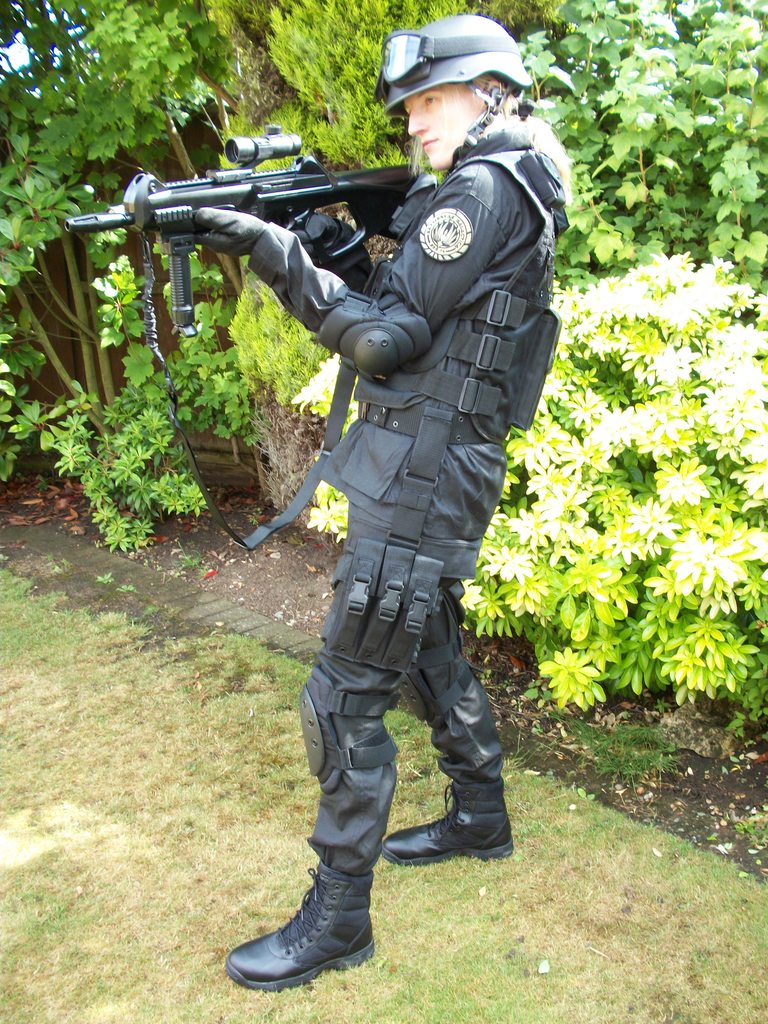