Release date...up in the air...it WILL be either late this year or I suspect in early 2012.

However, there ARE little hints of it here & there which I want to share with you visually.… Thought you all might like to know that Hallmark is offering this Battlestar Galactica ornament this year.  It is a cylon from the original series. The name of this ornament is CYLON CENTURION and was created by Nello Williams.  It stands approximately 4 inches to 5 inches tall.  It is was Hallmark calls a "magic" ornament, that meaning it makes…

With the conclusion of the voting at midnight this morning, and a final vote of 66-3 in favor of the ‘Task Force’, it is hereby ordered that the ‘Joint Task Force’ shall proceed unhindered. The whole poll can be viewed here. Now begins the task of working out the details between the two groups. As these details are worked out we will report them to you so that you can take advantage of the services and…

Good day to all Colonials.
Dragon con is approaching rapidly. Last year we were awarded a fan table under the CDF flag and it was great. This year dragon con has been gracious enough to provide us with a table again. But this time it will be a combined effort of 3 groups The Battlestar Fan Club the CDF and the Colonial Cylon Alliance. Last year we had a great turn out and signed up more than 50 new members.
In all the years I have operated a booth/table this was the most fun I have…

A week ago I mentioned that I'm in the process of developing the Colonial News Network Newsletter (CNN). I want to remind everyone that I'm still doing this and I would very much like help with this endavor. I all ready have one Copy Editor however I'm still looking for a at least three more as well as for Proof Readers, Cartoonest, and Staff Photographers.

Quorum of the Twelve Votes On Several Issues

Being a part of of the NASA Shuttle history

Today marks the end of an erra for the NASA Space shuttle program and with that I was able to be aprt of it by partaking in  NASA's Face In Space. Basically waht I did was uploaded a digital image of my face to NASA and that digital image was sent up in space on board the Space Shuttle Atlantis mission STS-135. I got the certificate that NASA created and let you print out I even saved the PDF of that certificate and hit the print screen key here on the key board, then opened up Paint.net…

Behind the scenes & on the set of Galacticruise: Galacticon II the DVD

I thought I would share a little bit with everyone regarding the the filming that has been going on with our DVD presentation.

Of course the raw footage from Galacticruise has been sitting around for some time...a piece here, a piece there...which is basically how any film starts...a sum of all it's components.…

Voting on the CDF/BFC 'Joint Task Force' has begun. Please visit the CCN and cast your vote on this historic proposition. http://www.cdfcommand.com/CCN/​index.php/topic,5282.0.html

It is with the greatest honor,...

As a founder of the Colonial Defense Forces, I have watched as our group went through growth and turmoil, good times and bad, fat and lean. Through the more than 6 years of our existence, we have faced many threats both internal and external and always come out stronger than when we were engaged.

Recently we underwent another such engagement, internal forces attempted to use a personal, yet serious, situation to their advantage to claim what we have built as their own and remake it in… Continue

Writing music for “Battlestar Galactica” and “Caprica,” I have set music to some incredible events in outer space.  I’ve accompanied spaceships and nebulae, black holes and supernovas.  However, these cosmic phenomena shared one thing in common:  they were all fiction.  But, this week, I am deeply honored that my music will now provide an emotional backdrop for a space event that is very real indeed: the final NASA Shuttle Launch in United States history.…

We have been granted a fan table at Dragon Con. Last year we gained 50+ new members and this year we would like to unify the table with CDF and BFC banners. I have the CDF stuff but nothing for the BFC. If you have anything we can use please let me know. Regards

Here is a cool find on Evil-bay. The Tucana Singers on Carillon. This art is from the Marvel's Battlestar Galactica Super Special #8 comic.… 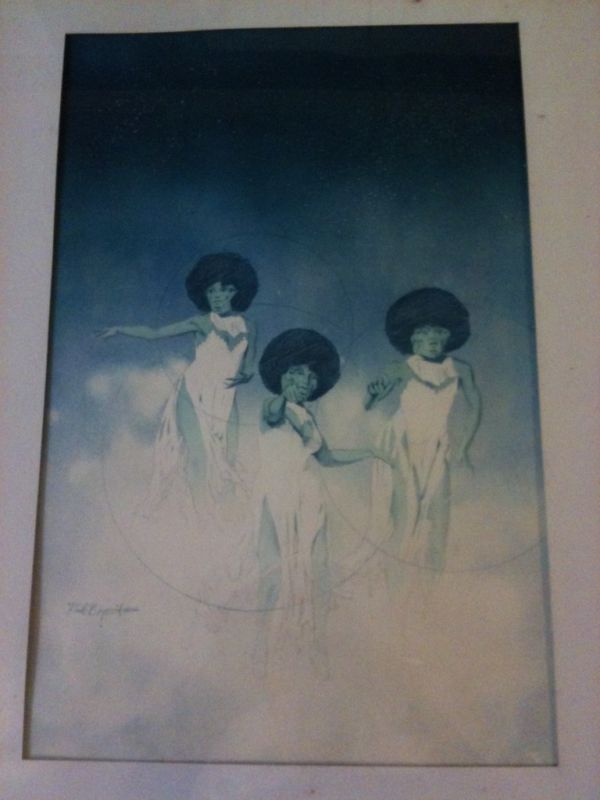 THE CONTINUATION PITCH NO ONE HEARD ABOUT

This write up was done by follow Tombs of Kobol member Peter Noble. In June 2011, while looking at eBay listings centered around all-things Galactica, he came across a number of listings for storyboards from a Battlestar project that was neither the classic, original series, the newest one, the Bryan Singer/Tom DeSanto project, Richard Hatch’s “The Second Coming”, or even the Glen A.…

A Battlestar Galactica Fan Club Exclusive
Hear first hand Bear's experiences and his passion to insure his scores deliver a memorable, as well as an emotional connection to the movie content.  Bear's music truly sets the stage for perception and brings viewers into memorable relationships of the characters lives, and enhances the dynamics of all areas of the movie and script.  Even the special effects wouldn't be… Continue

Today at zero eight thirty five PM the Battlestar Council ended voting on Information Technology Guidelines with a vote of 7 (77.8%) Yes to 2 (22.2%) No. The Information Technology Guidelines is a document which states how members of the BFC, CDF, and Quorum of Twelve should conduct themselves while conducting business on the bettlestarcouncil forums. I'm providing to you all the extact wording of this document below so that you will have a well informed understanding of what the Information…

Greetings Fellow Colonials, It brings me great pleasure to welocme James Michael Katsouils as your Virgon delegate to the Quorum of Twelve. Mister Katsouils recieved 8 Yes (100%) to 0 No (0%) votes t…

It brings me great pleasure to welocme James Michael Katsouils as your Virgon delegate to the Quorum of Twelve. Mister Katsouils recieved 8 Yes (100%) to 0 No (0%) votes to confirm his place amongst the other Quorum of Twelve members.

OK, this is a year old now, but I just found it and HAD to share it with everyone!

Some guy went and made a Colonial Viper Starfighter from…