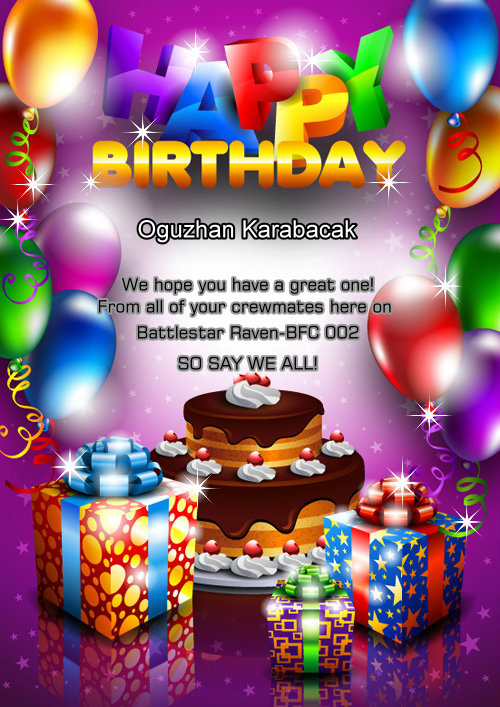 Battlestar Raven would just like to wish member, Oğuzhan Karabacak, a very HAPPY BIRTHDAY.  We hope you have a great one. 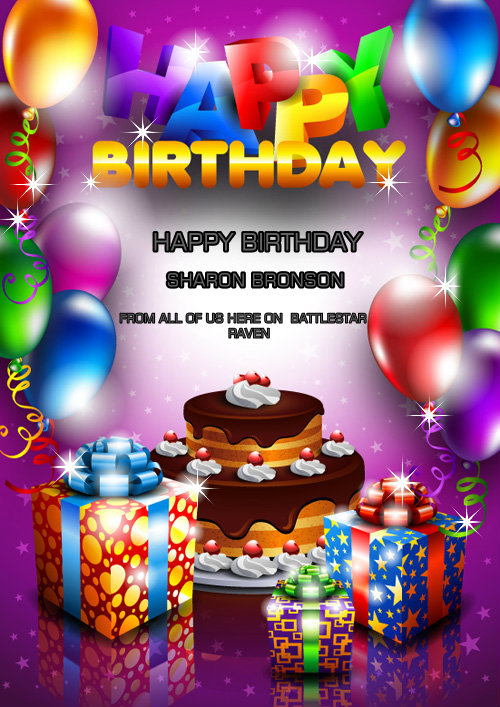 WE here on Battlestar Raven would just like to wish our member, Sharon Bronson, a very Happy Birthday.  WE hope you have a great one.

In The Beginning Part 1

A lot of people have asked me just how I got started in on Battlestar Galactica...well, I thought finally I would tell the rather long tale (and I'm thinking that this particular story is going to have to be in parts!) but at least I can offer Part 1 today.

Like anything...I will caution you...there have been ups & downs...good & bad...mostly ups and mostly good...but life isn't perfect, ESPECIALLY when dealing with the Battlestar Galactica (now) franchise.

well i am sorry to say i really missed the boat on this one. to tell you the truth i didnt even know what it was until recently, i found it on my x-mas 2012 vacation, and holy frak! in the two weeks that followed i can honestly say were the best i have ever spent watching anything. i watched all four seasons and loved everyone of them. i have to say i am a tradesman and not to good with computers, but i needed to find out more so i started to search online, which is how i got here. much to…

First of all I'd like to inform everyone here that I have been elected as the next Chairman to the Quorum of the 12 and that I just took the CDF Viper Mark II Viper Qualification test here and handed it into the CAG officer of the Battlestar Raven, Hopefully I did well enough to earn those bright and shinny viper pilot wings you Viper jocks wear proudly upon your chest.

For all pilots and pilots wannabes on the Raven, here is the link on the Raven website where you can download the Viper and Raptor Manual so you can study and take the test to earn your wings:

This will be done by all Raven AirWing personnel.  Once you have taken the test, kindly send your…

I recently stumbled upon some other ships, but cant find them now.They were various types, but all had Norse-type names, but were not large/combat-type vessels.  Anyone have a clue??

Diversity Is the one thing That Makes Our(Real) World Great; If Everything was Just a Carbon-Copy Of One particular Thing, There would Be No Room For Evolution, Which Also Makes Our world Great.

Dr. King , No doubt, Would Applaud The Words That…

Sorry I've not been around much... Been putting in a lot of overtime @ work lately... plus adding a fence to my property (damn strays messing w/my dog…

Good news! BSR-05 Excalibur has been officially recommissioned within the CDF Colonial Fleet! 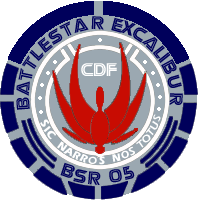 1. EFFECTIVE IMMEDITALY you are to…

I don't know if there is already a link for this or not but this is a site where authors of various works of fanfiction can post articles relating to their stories. There are articles for characters, ships, and whatnot.

Story: The Devil You Know

'The Devil You Know' was my first attempt to go back and tell a story from the Cylon War. Once again I hoped that it would help to flesh out the Tolan family. I know it probably clashes greatly with 'Blood and Chrome' but I hope it still provides for a good read.

Story: Ride of the Valkyrie

As I was working on my 'Battlestar Victorious' story the idea came to me that it might be interesting to write a prequel to help flesh out some of my characters and explore life in Pre-Fall Colonial society. While it had perhaps an uneven start it was perhaps one of the more fun stories I had written as it had a different feel from 'Victorious'.

Another little fun fact. I had asked Tony Wilkins, aka The Wilky Bar Kid, about borrowing his main character of Artimus Bowman from…

Poster Made By The USS Navras For All Con Convention

Just wanted to share this very cool poster here at Battlestar Galactica Fan Club that the USS Navras (Starfleet Chapter), made and it included Battlestar Raven on it.  This poster is helping promote the Fan Club Organizations that will be in attendance mentioned on the poster.  That was very nice of them.  The poster is very cool!  Check it out:…

So I'm not quite the details nerd, so I'll pose a question.  Was Caprica 6 (the one that often had Baltar talking to mid air, not the phyiscal form)  an image transferred through a chip in Baltar's head, an image or obession in his subconscious, or something else? (and did the show ever specify)

As an older member my earliest memories of BSG is of the original series.  Back in the days when kids had to use their imaginations to entertain themselves, I remember nearly all the kids played BSG.  I was in 2nd or 3rd grade and during recess the kids would meet up, split into the cyclon group and the colonials, each side had a "base".  Baltar (usually an older kid) would sit on a rock on the outskirts of the play ground, while the colonials would operate out…

Can't wait to watch the series