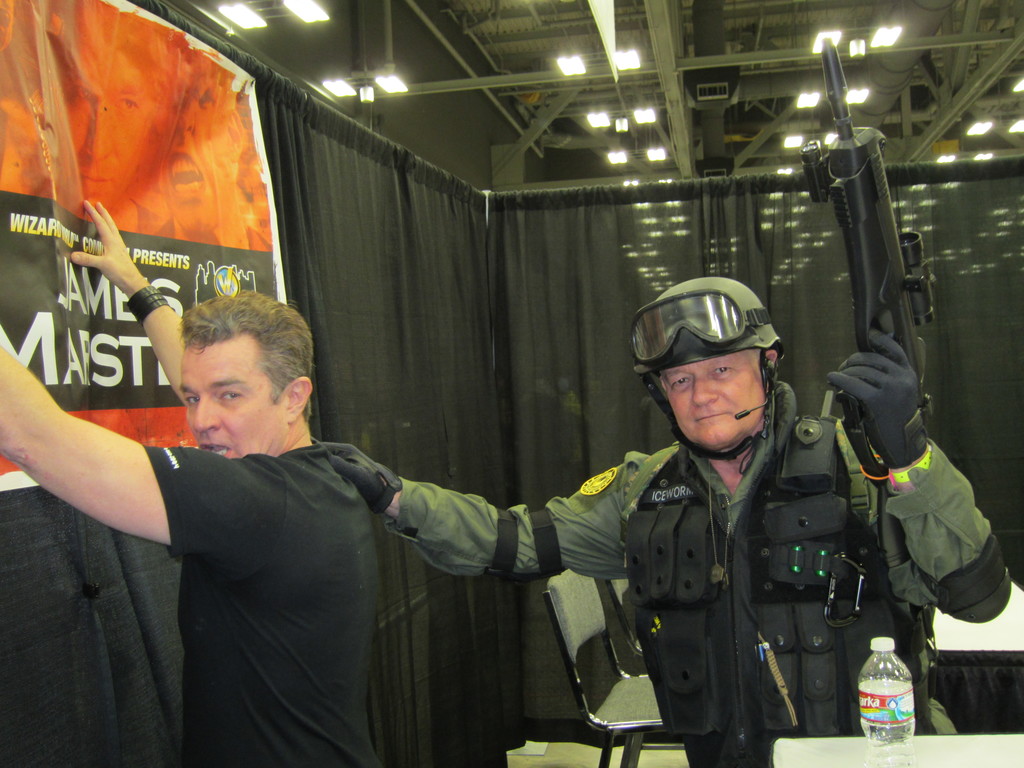 Marsters is always a character. Made us shoot this picture three times 'till he "got his character right"!

Battlestar all the time!

Welcome to all and a special greeting to all of our newest members.

It is Hero time everyone!

For anyone who doesn't know about the Hero's...I'm sure our new people may not, it's a weekly award presented on behalf of an actor, writer, director, producer, fan etc. that has had a profound impact on the universe of BSG. 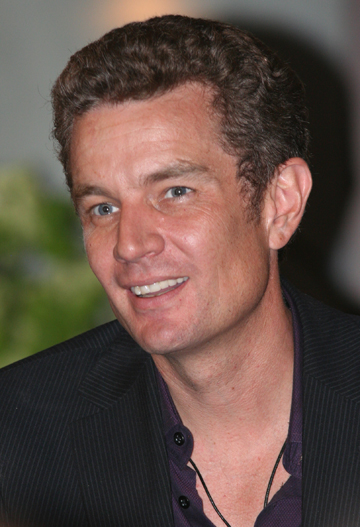 It's not often that I sink my teeth into something like a film, a book or in this case a comic book story and do a formal review.
Sure I have opinions...and I voice them all over the place about a variety of things...things in general, Battlestar Galactica in particular...but a formal, up & down, documented opinion of a particular work.
Meh...not.
But, but...the folks over at …

This is a series of interviews that will be done with various actors & actresses exploring their thoughts about the convention scene and what is going on in the universe around them.
Our first interview is with Claudia Christian, who is probably best known for her role as Commander Susan Ivanova on Babylon 5.
Her first television role was a guest appearance on Dallas & then as series regular Melody Hughes on…

Hello to all & welcome to our newest members as always. 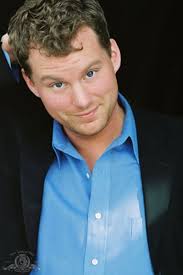 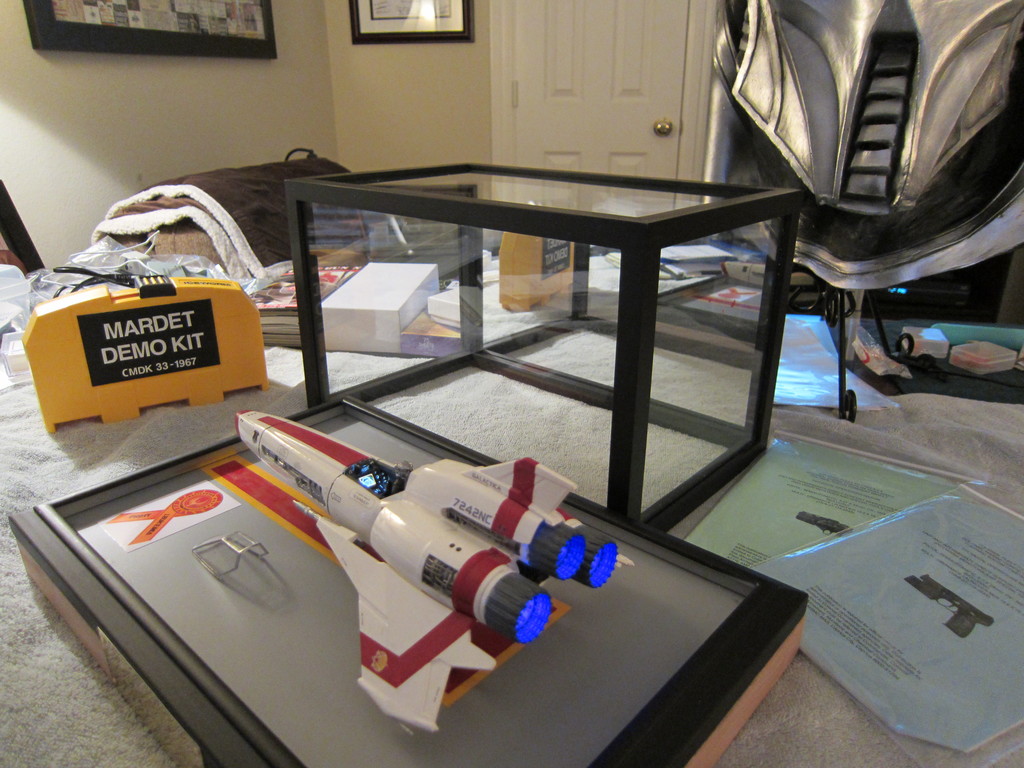 ATTENTION ALL DECKS: Operation Zoe Viper, 7242NC,  after an extended transit flight and several conferences with Cueball, has been inspected, fueled and armed. She is cocked and locked and ready to rock. Request and forms will go to CAG with a request that she be listed as "Mission Ready" for Houston appearance. Will advise. End of… 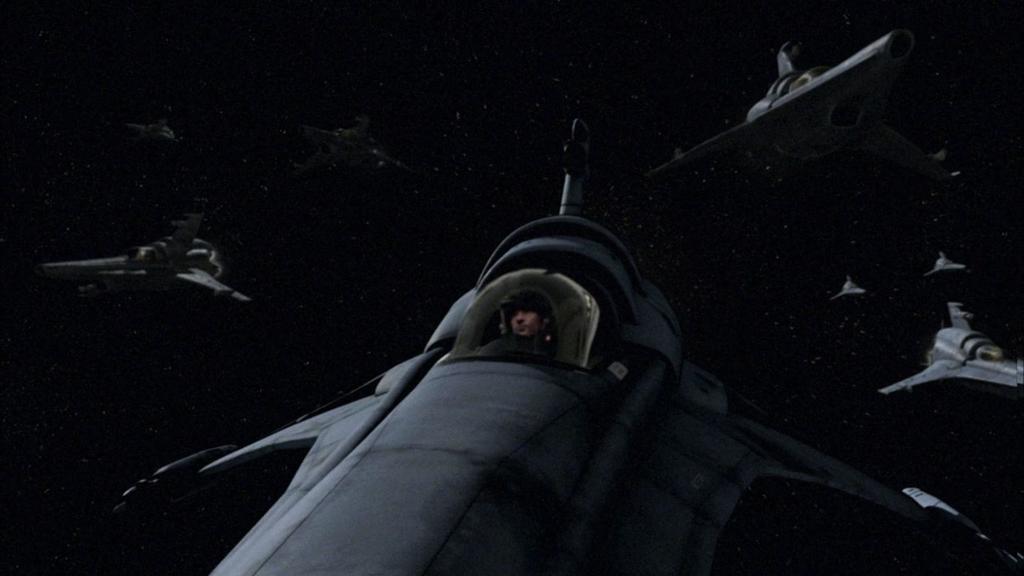 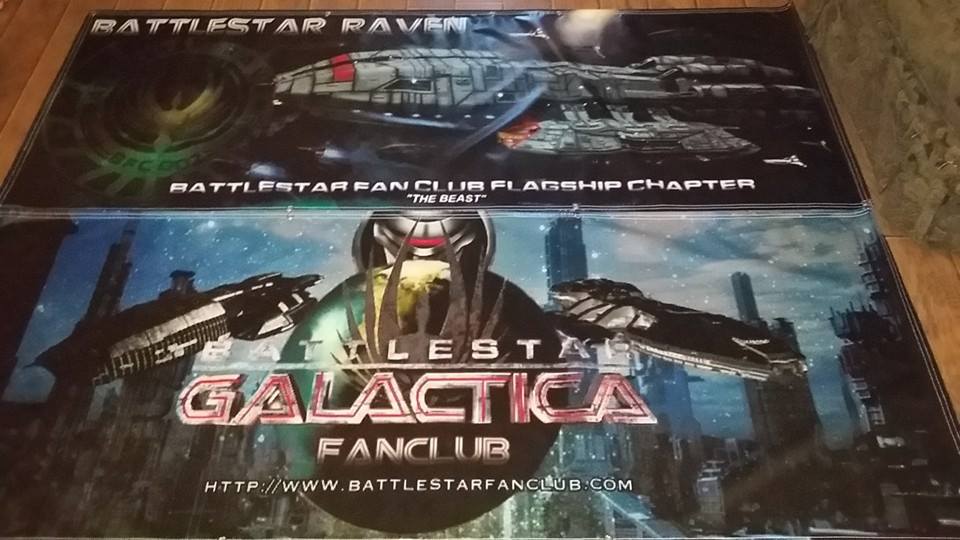 Two new convention Banners will be making its debut next week that will be representing not only Battlestar Raven, but the mother club ,  Battlestar Galactica Fan Club. These two new convention banners of course will be accompanied by the Raven's original banner as well.  The two banners will also become what I call "the Traveling…

Dinner with a friend

Hello Colonials!
I bid you a good day or evening...depending on when you read this!
Though it took a little playing catch up, with these two Hero awards we are now currently up to date with them.
Without further ado, (and with all thanks to the Battlestar Wiki in this regard)...our TWO newest Hero's!).… 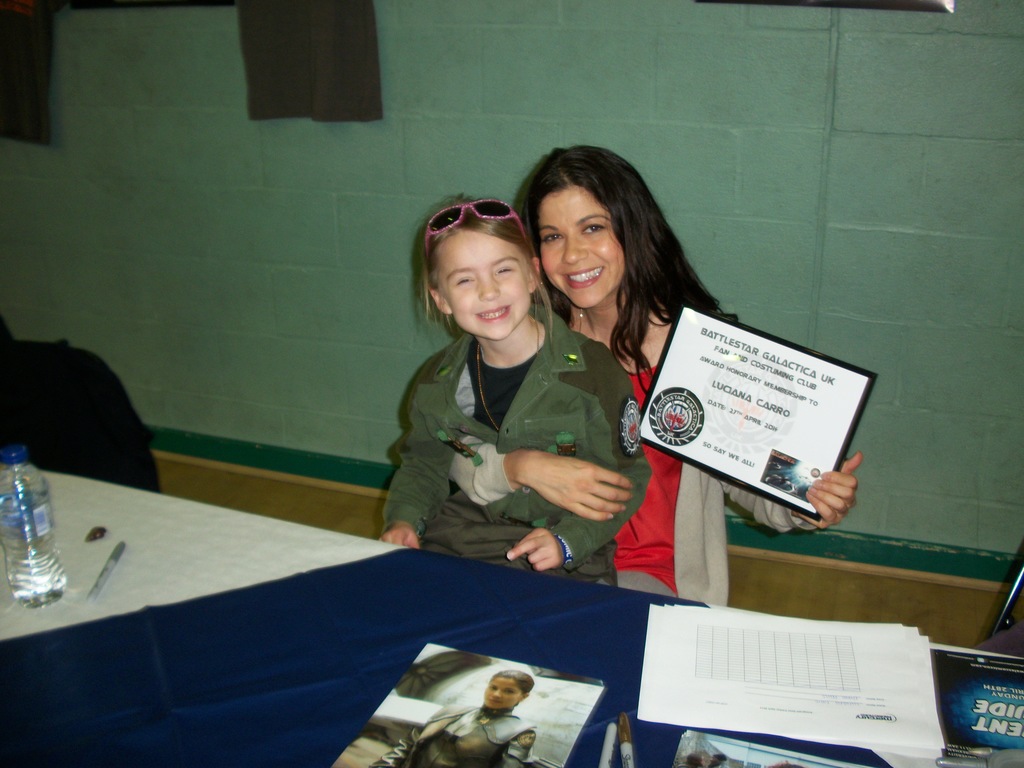 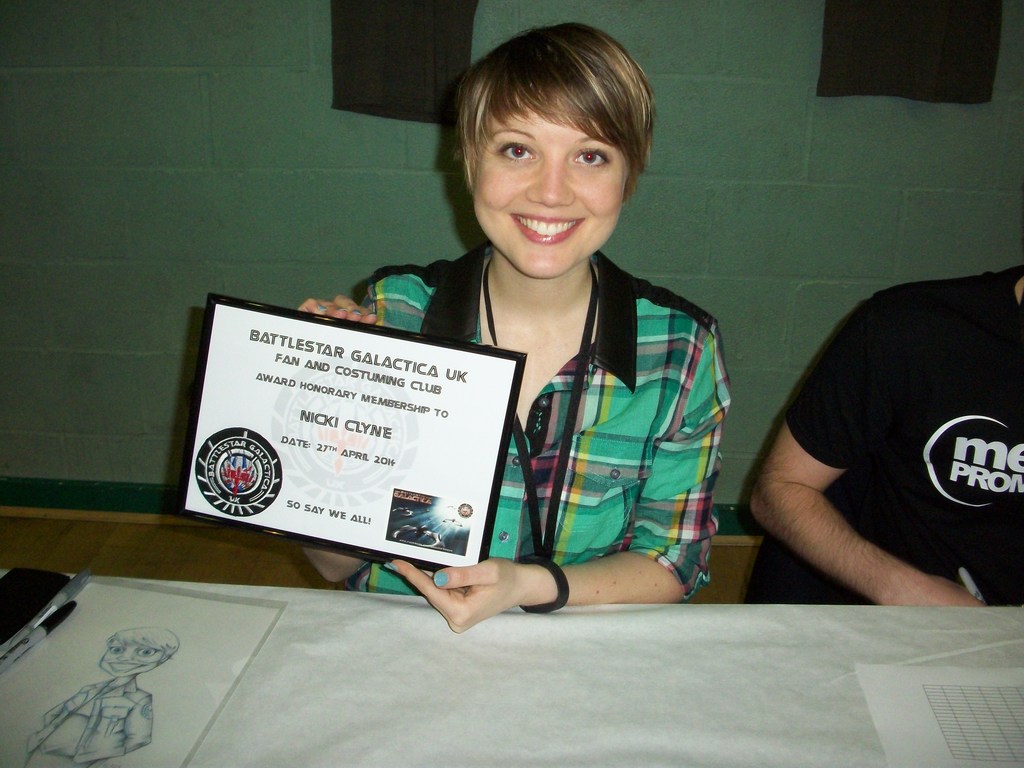 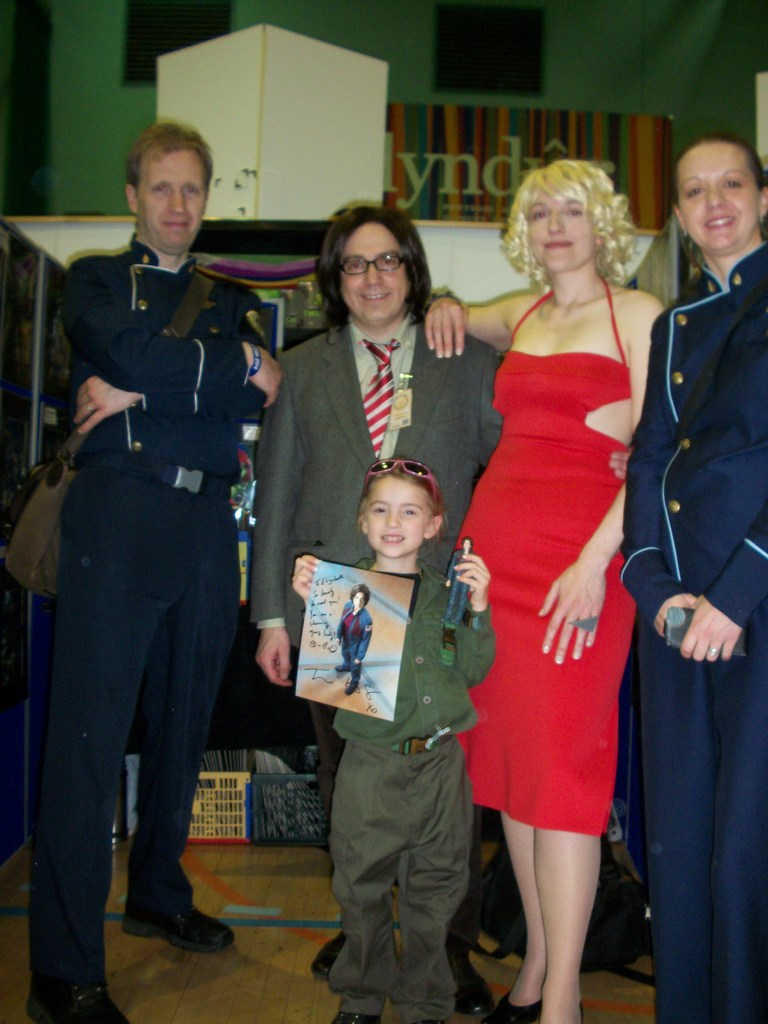 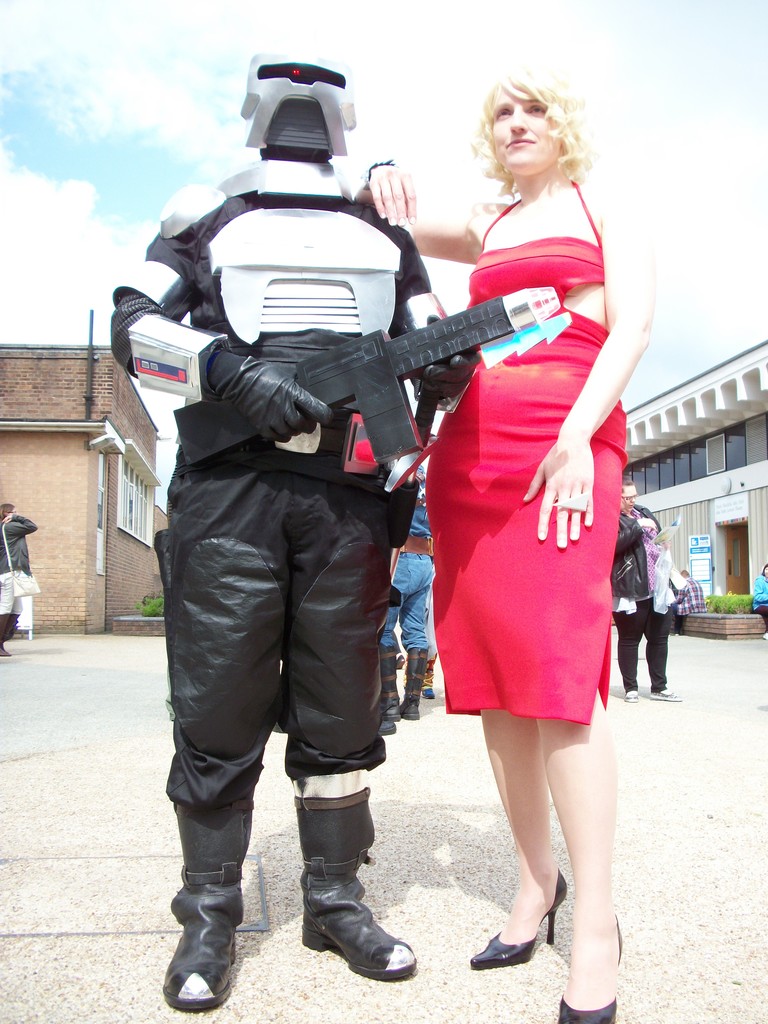 Just wanted to give you guys an update. I am officially on the liver transplant list at UNC Chapel Hill. I still have a long way to go including 3 kidney stone removal surgeries over the next month. My wife and family have set up a page on facebook if you would like daily updates, as I am usually incapable of giving them myself due to all the travel and meds associated with this life saving journey. You can look it up on face book under: Bryan's Journey to a New Liver. I really miss hanging out… Continue

Fellow Colonials!
Hello to all & welcome as always to our newest members...we are always moving forward!
Finally able to get "caught up" from the whirlwind of activity that has been going on and as promised we are going to be catching up with our Hero's at last.
Without further ado, here we go: 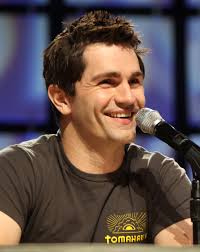 Happy Birthday to the CAG of the Battlestar Raven, Leonidas!

Be sure to congratulate the old man personally when you can.

Also, any available, please assist in transporting the old man's newly arrived bulk shipments of Viagra and prunes to his quarters STAT!