JUST ADDED TO OUR INCREDIBLE LIST OF BATTLESTAR GUESTS FOR THE RHODE ISLAND COMIC CON IS LAURETTE SPANG AKA CASSIOPEA WWW.RICOMICCON.COM 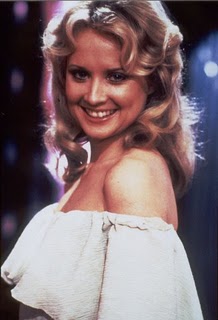 I hadn't seen the original show since I was a wide-eyed kid smitten with that rascal, Starbuck. Thanks to Netflix, I've been watching the show from start to finish. If you are a fan of the recent edition of BSG, I encourage you to share with me the surreal experience of watching the 1978-79 series. Comparing the characters has been fantastic, and I love the goofiness of the viper controls, especially CORA, and the shiny, shiny Cylons's costumes. Check it out and report back to me--by MY…

It was tweeted that it might be cool to have an acting contest at the Galacticon III next year. I am the volunteer coordinator for the event and funny enough just today had a drama teacher express interest in being a volunteer. If this is something that everyone want's to see happen speak up and let us know. I will be sitting in with Richard Hatch at his table at SDCC...promoting not only the Fan Club but Emissaries: Galacticon III!

For all those that are attending this event, I'm bringing a HUGE stack of our G3 advertisement glossy's and since the crowd as usual is going to be so huge, I would appreciate a couple of folks grabbing a handful and passing them out to people...not an all day thing, they will go pretty quick...but it would be most helpful to create a…

A nice experience with a BSG product saler :)

At the middle of  May I bought a BSG t-shirt on Ebay, a nice viper patch t-shirt.  As I didn't receive  any news from them 3 weeks later, neither confirmation of shippings, I wrote to the saler.  They just have been very cool with me, they explained me kindly that  shipping was delayed because the shirt come from another shop  and  only one shop take care of International shipping.  So he just proposed to refund me and send it free.  It was more than fair so I  offered to buy another one. …

This company has launched a line of BSG wear just for the female sifi fan. Check it out.

Firstly & I must note with sadness the passing of veteran actor Richard Lynch today. 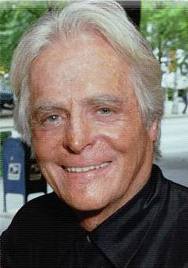 A fine actor who appeared in countless roles throughout the years & probably best known to BSG fans for the parts played in the original series episodes "Gun on Ice Planet Zero, Parts I & II)" as Wolfe, to Galactica: 1980s Xavier to…

As most of you know a while back BSG's own Tricia Helfer (Number Six) and Katee Sackhoff (Starbuck) made a motorcycle ride from Los Angeles to New Orleans to raise money for and awarness of the Gulf Coast situation after the oil spill. Coined the La La Ride the two rode for days in all kinds of wind and rain and done a broadcast every night to update on the ride. That video is now on sale at http://store.actingoutlaws.org/ for only $4.99, which…

Propworx has a few more BSG props on the auction block. A great opportunity to own a piece of the show.

We are software developers, and during our regular workflow we often need to see how much time is left from a specific process. This is why we created a countdown timer in different versions and for different devices. To show our respect, we designed it following the Raptor's timer. To make it available for the general public, we have come up with our first BSG-related app for Windows…