thought this was interesting

Nope, I didn't write this article, but I thought I'd reprint it for everyone's information...personally, I think it's great that Lucy is standing up for her principles & uh...maybe trying to avoid a…

Due to some medical, some personal, and some family issues, I was forced to prioritize some things in my life, and I had to push the BFC and some other personal ventures to the perverbial back burner for a while.

So far as my medical goes, I know I don't have the cancer they originally thought I might have, but I do have some other issues that have kept me slow going and highly medicated for a while - if I didn't need what I have, I could pay for my Galacticon trip without…

While me and wife were using our WII gamaing system to find something to watch yesterday afternoon we discovered that NetFlix now has Caperica. That's right I had my wife put Caperica into the queue so that I could watch Caperica any time that I wanted. I've see a few of the episodes of Caperica but not the entire series itself. Yes I'm fully aware that Caperica didn't not last for very long I know it did not make any where a fifth season I'm not certain if it made it to a second season. At…

A special greeting to everyone on this day of Saturday February 25th 2012!

It's...let me see...10 full months to the day before Christmas, but I have an early gift for you all.

As you may know (or may not) for over a year now we...as in a dedicated…

Greetings From Earth Part I

This two-parter featured not only Randolph Mantooth (Emergency!), but also Ray Bolger (famously known for his role as the Scarecrow in "The Wizard of Oz")....

Greetings From Earth Part I Analysis
By Walt Atwood 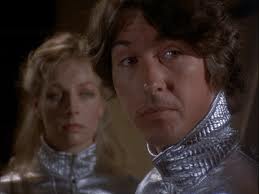 Work steadly continues on the Colonial News Corps newsletter. Just added information about how you can order a Colonial Alliance T-shirt and added a very easy word search to the newsletter. So if ther is anyone out there that is good at making up puzzles sedn them my way.

That's right. The Colonial Alliance Newsletter is being put together right now as your reading this. No this does not mean that I'm finsihed with it or that I'm ready to covert the Publisher file into a PDF file for uploading to my CDF Caperica website. That means you have plenty of time to send any thing your little heart desires to the newsletter. Send me what you have at jcecil922930@att.net and besure to put in the subject line Colonial Alliance…

The Man With Nine Lives

Another Gem from Walt. This story features the wonderful & legendary Fred Astaire...

The Man With Nine Lives
By Walt Atwood 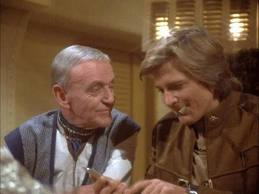 My interview with Aaron Douglas

A very interesting chat I had with Aaron...very nice guy!

The War of the Gods Part II

This is the review of the second half of the two part episode featuring Patrick MacNee...

The War of the Gods (Part 2) Analysis
By Walt Atwood I know it's been awhile since I posted a blog so here goes.

I updates my contact information in my profile here on this site.

I also updated the Gemenon Delegate's webpage to see the changes ( only a few ) go here :

Home of the Gemenon Delegate

There are 2 pages so check them both out.

I'm sure someone out there will recall that I first announced forming a Colonial News Network newsletter. I'm certain you can wade through my blog postings here and find it. Anyways, I'm still working on this and this time around I'm calling it the Colonial Alliance News Corps, CAN-SEE for those of you who like acronyms. Right now I'm developing the design and layout for this. What I really need is stories (articles), pictures, warm bodies as well as a few toasters willing to work on this…

This is an interview I did with Tahmoh a couple of years back...enjoy! Battlestar Galactica Fan Club President Shawn O'Donnell  recently had the opportunity to speak with actor Tahmoh Penikett, who portrays the character of Lt. Helo on Battlestar Galactica. He was able to give us some insight regarding his role on the…

The War of the Gods Part I

The first of a two-parter featuring Patrick MacNee as the evil Count Iblis...

The War of the Gods (Part 1) Analysis
By Walt Atwood 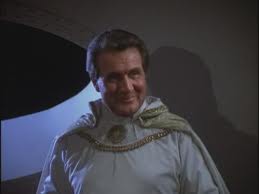