What every Colonial Alliance member needs

Pretty nifty, right? How did I accomplish this using Microsoft Publisher? Quite simple actually. All I did was use a blank business card size of 2 X 3.5" and selected the page setup…

The Cylon God is here!

Eric Chu here (designer on the new BSG), I've just joined the Battlestar Fanclub. Chime in and say hi. Who knows, maybe I'll even make it to Galacticon next year!

For the up coming second issue of the Colonial Alliance News Corps Newsletter there will be a classifieds page in the April issue. The areas of the classifieds are annououncements, help wanted, for sale, services offered, and lost and found. You can send your classified ad to jcecil922930@att.net

Some exciting news on the horizon, I am happy to announce: 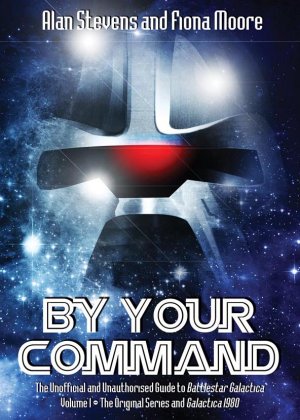 By Your Command: The Unofficial and Unauthorised Guide To Battlestar
Galactica: Volume 1: The Original Series and Galactica 1980
by Fiona Moore and Alan Stevens

The publication date will be June 30th of this year.

Marcel Damen of GalacticaTV (and a…

The video that was quickly put up on youtube was just as quickly brought down due to copyright issues, those being either NBC's issues or youtube's own internal ones.

You CAN still see the video by clicking the above link.

how many members are from ohio?

My rendention of the planet Caprica firing off a missile to intercept a Cylon nuclear ware head during the first wave of the Cylon attacks again the Twelve Colonies of man. Basically all I did was fi…

My rendention of the planet Caprica firing off a missile to intercept a Cylon nuclear ware head during the first wave of the Cylon attacks again the Twelve Colonies of man.

Basically all I did was find an image of the DRADIUS console display erased what was in the center and saved the image as a gig file. Next I looked through Yhaoo news photographs and found one of…

Yes folks this was my first time to try out Battlestar Galatica Online today. At first I didn;t even get the online game to work here on my laptop. Oh what a shame!  Well I did not excatully exclaim that I much more said, "Frack!". Luckly I checked out the Battlestar Galactica Online forums boards for the reason as to why the online game did not work. Took me a couple of microns to find the exact problme that I was having and that was that my laptop was missin one key element. It was missing…

The Quorum of The Tweleve Approves Rob Tipton as Aquarian Delegate

Does The Battlestar Vakyrie Have A Nickname? Galactica Was The"Bucket", And Pegasus Was The "Beast".

Hey I missed out on the first publication how can…

The neat things you'll find on the web

While doing a web search for some funny BSG cartoons, of which there are not that many of, I came across web site that had various wall paper images  realted to BSG. One of these images cought my eye simplely because it had the Coloinal Goverment seal on it.

That's right I did what every does clicked on the image to get a bigger picture of the thumb nail then right clicked and copied the bigger image. After that I started up Paint.net and pasted the copied image as a new image and…

Hello.all! There is an interesting website with original BSG trivia and little known facts:
http://galactica1981.tripod.com/Facts.htm Cool stuff..struck me odd when The cost of The Imperious Leader's costume was $50,000..but Glen Larson hated it...so there were no close ups of his face in the series..what a waste. I did learn that the "afro"on his head was not hair ...it was an 'iron woven' headpiece/cowl/crown combination.the sculted… Continue

Colonel William “Wolf” Acosta stepped out onto the flight deck. “Attention!” The Crew Chief yelled out causing all activity to stop and take notice of who just arrived. Colonel Acosta looked down a…

Colonel William “Wolf” Acosta stepped out onto the flight deck.

“Attention!” The Crew Chief yelled out causing all activity to stop and take notice of who just arrived.

Colonel Acosta looked down at the row of bodies then slowly began to walk past each one. Never has he ever witnessed the amount of human life lost in a single battle than the one that…

I'm a relatively new member of the Fanclub.  But - I have some very cool news to share, and I could use everyone's help.

- I've made it into the Video Finals for the Seattle Space Needle's Space Race 2012 Contest.

- It's down to 20 people (from thousands), and voting via FaceBook has commenced.