It was a great pleasure to sit down with Mark Goddard (The original Major Don West) from Lost in Space.

Mark got his start on television with a role in the 1959  series Johnny Ringo.

Aside from his recurring role in Lost in Space Mark also appeared (among many other roles) on Perry Mason, The Mod Squad & The Fall Guy.

He also appeared in the rebooted film version of Lost in Space.

Shawn: What was your first Con experience?

Billy Mumy couldn't make it so he recommended me to go in his place.

Shawn: How did it go?

Mark: Very well...as most cons do. 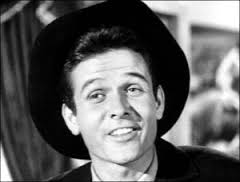 Shawn: How about the best Con you've been to?

Mark: I have always loved Chiller in New Jersey.

Shawn; How about the worst Con?

Mark: Never had a bad one as long as the fans are happy.

Shawn:: How about the strangest or most unusual fan you've encountered at a Con?

Mark: I guess the fan who wanted to cut a lock of my hair and I let him do it!

Mark: At Chiller one year, I was in a circus type tent when a mini tornado hit.

Pictures flying everywhere as artists got the heck out. Shawn: What would you do differently if you were running a Con?

Mark: Just make sure the fans are well taken care of, and are treated with respect.

Shawn: Ever want to get an autograph?

Mark: I used to get some for my students when I taught school.

Shawn: What projects are you current!ly working on?

Mark: I am currently working on my second book.

The first was To Space and Back which has been very well received by my fans at MGAS on Facebook.

Shawn: What future projects do you have in mind?

Mark: Only to continue writing, as ideas come up!