** THESE ARE VERY UNIQUE AWARDS AND NOT JUST GIVEN FOR ANY REASON. It had to be earned! **

ORDER OF THE COLONIES-  The highest BFC Award

ORDER OF THE RISING STAR- The 2nd highest BFC Award

Karl Kuhlenschmidt-  Order of the Colonies

As most of you know, Karl was the Master Builder of the Battlestar Raven and build the one and ONLY Classic Series Colonial Viper in existence in the United States,seen in over 40 years.  What is so unique and very important about this is he build it out of his home garage.  This whole project was self-funded by members of Team BSG Viper.  He dedicated his time building the Viper everyday, rain or shine, after work.  Even when he was under pressure because time was running as Comicpalooza 2018 fast approaches, he kept going with his goal in mind, that he needs to finished the Viper because he did not want t disappoint the fans that was coming to Comicpalooza to see it.  And did just that and persevered.   Karl is also a member of the Raven Colonial Marines.  When he is not building the Viper and would go to conventions, he would dressed up as a Raven Colonial Marine representing the RCMs.

Where there is a Master Builder, there are also those who supports the Master Builder in his task.  George was the electronics expert of Team BSG Viper.  He help Karl install all those beautiful electronics you see on the Colonial Viper cockpit, to make the fans experience getting inside the cockpit of the Viper, as real as it can get.  And he certainly did a phenomenal job.  He too contributed to the expense of building the Colonial Viper.

Paul was the logistic support individual ( manpower ) for Team BSG Viper.  His constant support of not only Battlestar Raven as the Raven Marine NCOIC and one of the Admins on both the Battlestar Raven and BFC site, his attention to detail is beyond reproach and will not hesitate to ensure things are alway in order.  He takes initiatives to get things done and corrected immediately for the BFC and Battlestar Raven.

Ralph Duran is such a trooper.   This Colonial Warrior is always ready to help in anyway he can.  And he does it with such enthusiasm as well.  He was certainly a big help during Comicpalooza 2018.  He help so many fans assisting them, both young and old, climb aboard the Colonial Viper, so they can sit inside and relieve their memories of the show and what was it like to sit behind the cockpit of a Colonial Viper. Since he became a member of the Battlestar Raven, he has represented the group with honor.

CONGRATULATIONS to all of you on this special award.  May you continue to help lead the way in "Keeping The Faith Alive" for the many fans all around the world for generations to come.  You lead by example and are to be emulated. 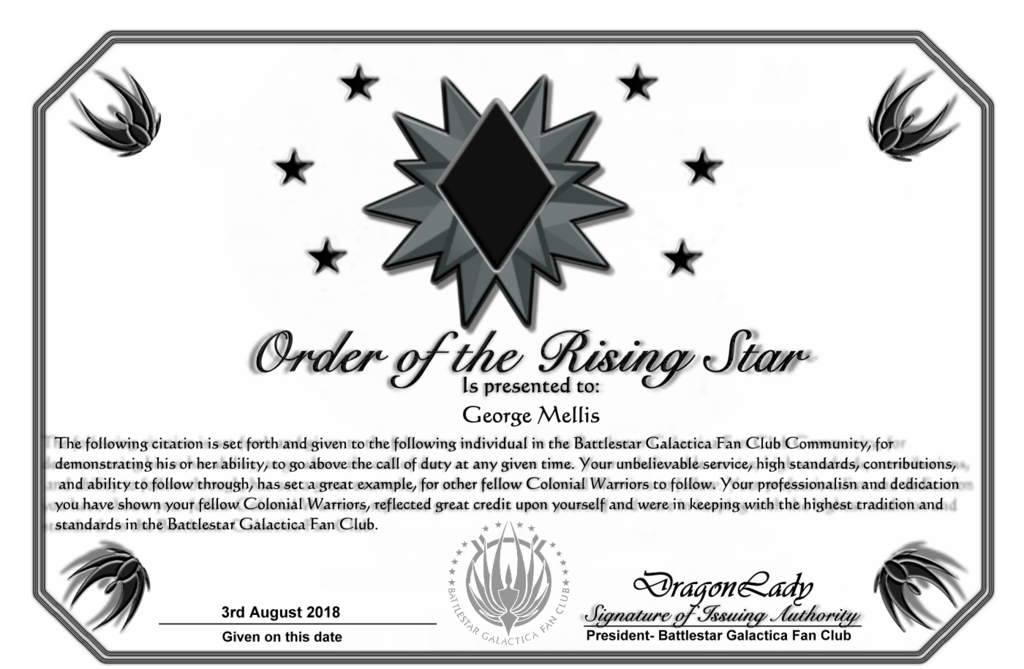 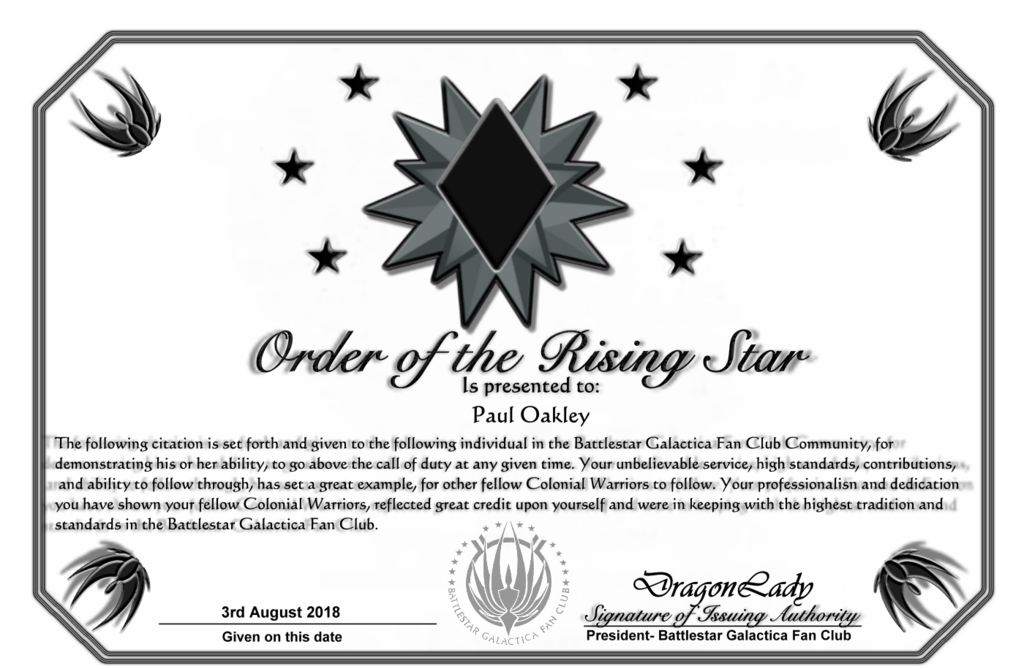 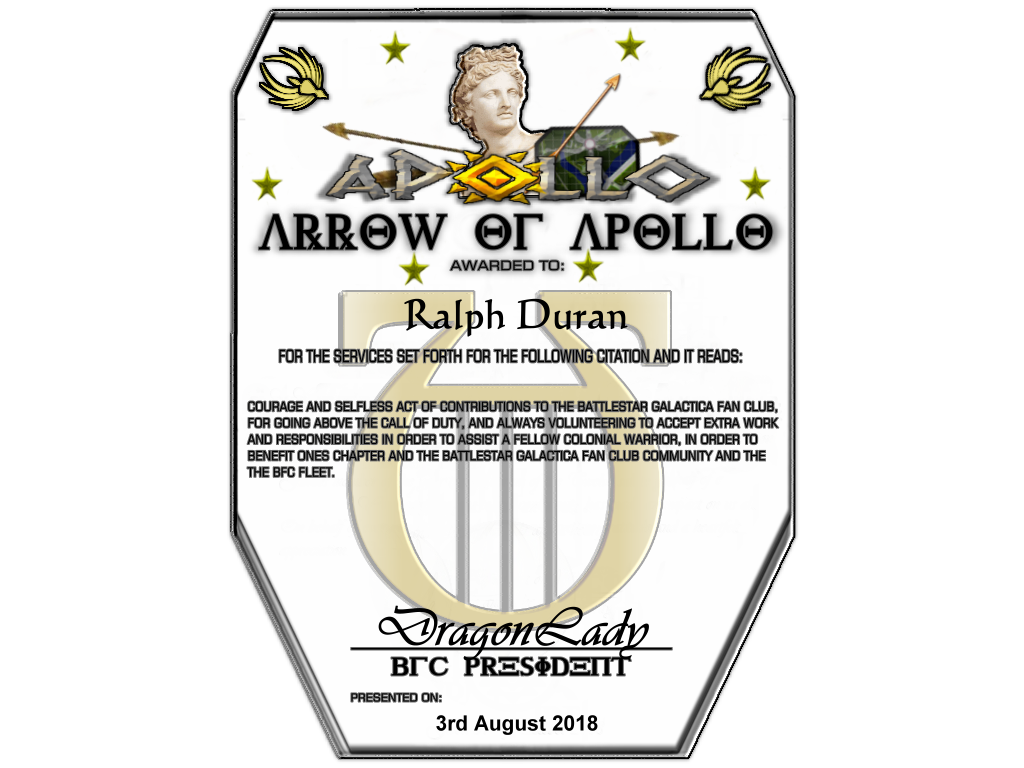 Congrats to you all. I am proud to serve with you aboard the Raven! Thank you for all you have done and what I know you will continue to do to serve the BFC and the Raven!

Congratulations to everyone! Well deserved! So Say We All!