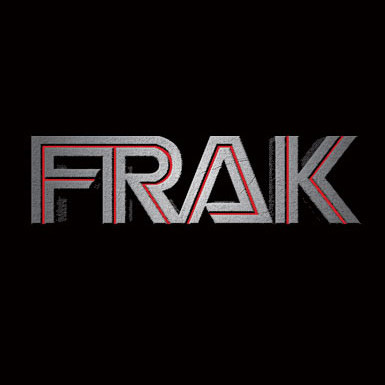 **Repost requested here, so here it is**Hello Fleetmates! Fresh off the press by Raven's CAG, we have the proper way to NOT frak up your Raptor on launch! That's right, the Startup sequence for your…Continue

Sorry if this isn't the right location for this.Hey all,So for about 2 weeks now I've been working on a design of the Osiris, an Orion class 'Pocket Battlestar' in a game called "Starmade" (Think…Continue

Lt. JG. David "Wedge" Sangrey has not received any gifts yet

I was born on a merchant transport en route from Aquaria to Picon. I don't consider myself a child of either of those planets, but as a child of all the planets served by the merchant guild. I grew up on the merchant ships, my father a helmsman and my mother an engineer on different ships, constantly transferred around. Most of my life before the age of 8 was spent on the Aquaria-Picon route, but occasionally was on ships going to different places. I was never raised to the customs of any planets, but was raised with a distinctive Aquarian wit and humor.

I hated the transport, and never really felt at home on the slow and bulky sublight transports. I hated them even more after we were attacked by pirates in Caprican airspace, the cargo lost and my mother killed when trying to stabilize the tyllium reactor. The company was more mad about the cargo then the death of my mother, and the fleet never caught the pirates. My father and I got off and left the ship next time at Aquaria.

After I got off the transport I was a strange child, never fitting in, but never being too far out of line. As soon as I was able i moved to Picon and got into the Picon Naval Academy, at first going for a job as an engineer. As I went on, I caught the eye of one of the flight school teachers, who was below quota on his recruiting for flight track. He offered me an opportunity: Train as a pilot, something almost unheard of for transport boomers. I accepted, and completed basic flight and emergency training, qualifying for raptor duty. I was assigned to the Battlestar Orion before being transferred to the Raven for flight duty. I was assigned to the Seekers squadron, and that's where I am now.

Real Bio: I'm a high schooler in the wonderful state of Ohio (no, I'm not a buckeye nutjob), which means before I can legally drive I can fly! Whoo! I've enjoyed BSG for years, but didn't get into it until it was off air.

In my free time, I spend time with the Scouting organizations in the area. (yay fires and camping!) And I also enjoy PC gaming. I'm pretty good with computers, and if anyone has any technology issues drop me a line, I'd love to help!

Who is your Favorite Battlestar Character
Starbuck, New series

I knew you would Lt Jg Wedge!!!Lol

I hope you're having a great time my friend and congratulations on your promotion.

(Major Reamer walks into the Seekers briefing room. he receives salutes from them as he returns the salute.....just then he notices Lt Jg Wedge is out of uniform and has to inform him to take care of the problem.....)

Lt Jg Wedge, you're out of uniform son! Here's your new rank pins Lt. I expect that you will be changing so everyone can see that you have been promoted.

(Reamer invites all who have been promoted to have a drink in the lounge as he walks out of the room.....)

Erik paul said…
Thank you 'wedge', good to be here.

Thank you Wedge! Nice meeting you at Wonder Con.

Rob "Joker" Crane said…
Measure of respect, no offence intended. And good never know when you need a medic

Rob "Joker" Crane said…
Do we have a med dept sir?

Rob "Joker" Crane said…
As long as I'm not canon fodder then we are all good :)

Jim "Razor" Calnan said…
Thanks so much...glad to be here
Question: do we do cosplay at comic con, is anyone going?

So this is inspired by John David "Buzzsaw" Feagin, I'm simply adding a Raptor one of it's own special blend because Raptor, that's why. It may not be as good but hey, Raptors didn't have one :P