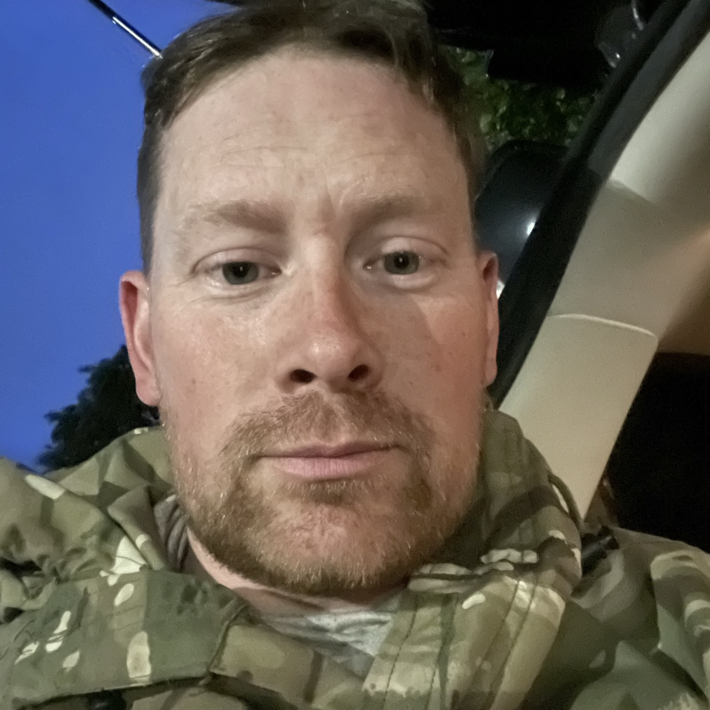 Rob "Joker" Crane has not received any gifts yet

Who is your Favorite Battlestar Character
Colonial Marines

My dad was a Marine, my mom was a Raptor driver. Guess the two made someone who cant seem to put any roots down.

I was born on a gun star 32 years ago. No one thought to record which one. I moved around a lot. Gunship to Gunship to Battlestar.

Never seemed to have a 'home'

Decided to become a Marine after my dad couldnt live with his memories of the first cylon war. Did the unthinkable. Thought I'd try and get myself some brothers.

Try to join the corps he told me he was so proud of being a member of.

Finally became a marine. Then the toasters came and fracked everything up again.

Always been kind of a loner. Suits me being a scout sniper for the MARDET. Reliant on myself. I was in the field on a training exercise when they attacked.

Comms went down and that was that. Yomped back to base and there was nothing and nobody left, only Toasters.

I holed up for a while until I saw a Raptor flying low overhead, popped smoke and here I am.

Happy to have somewhere I can call home. You never know how much you miss it until you don't have one.

Thank you for your kind Welcome!

Joker, I'll check with OIC but I see no reason there can't be Marine pilots. There are Marine pilots in the Navy, including the Blue Angels. There are entire units, such as VMA 214 the Black Sheep, going all the way back to WW2 VMF 214. Will let you know what the OIC says.

Joker, sorry i didn't reply in chat yesterday. I have a bad habit of not signing out of the site. Have a great day!

Here is a quick run down of my expectations from all seeking to be a Raven Colonial Marine:

Welcome to the Raven Joker!  The Raven Colonial Marines are the finest in Fleet!  I hear you are interested in joining?  I believe you have already met the Raven Marine NCOIC, our version of Gunny Highway! I am Enforcer, the Raven Marine OIC.

Welcome to the Club Rob. We would love to have you join the Marine Detachment on the Raven. We are all here for the fun and Friendship. Please accept the Friend request just sent, then we can private message each other. Then join the Raven Marines Group under the Groups icon upper right of the site. Let me know if you have questions.

If your idea of a fashion statement is combat boots, basic black and a bad attitude,

If your home is a small bunk on a fast ship going in harm’s way,

If your office is any piece of deck or alien dirt that the Fleet tells you to take and hold,

If your secret for success is careful planning and violent execution,

If you think Fleet is Family, and a Group should be about fun and Friendship,