Hello fans, Herb Brunner here. I wanted to share some more about the interview before I get the video out soon.  One thing you’ll notice when we post the video, is that we didn’t do a formal introduction of ourselves at the beginning.  Why?  Well, this is how it went down. 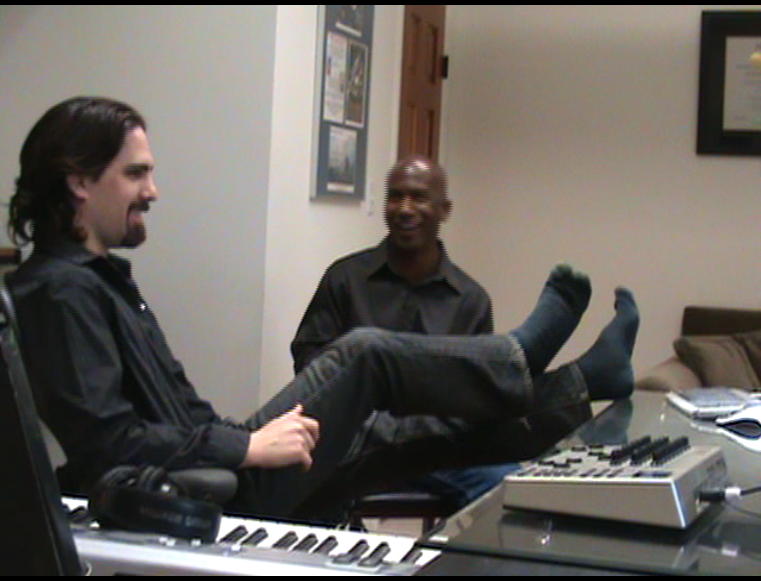 Cliff and I had arrived early.  It was a casual setting and we began setting up the cameras while waiting for Shawn and Chris. Chris Loomis is the photographer that did Richard Hatch’s photo shoot later that afternoon right before our R. Hatch interview. In the mean time Bear Cliff and I had begun a casual conversation about BSG, the music, and the concert in 2009 at the house of Blues. That night the crowd went wild when the BSG Orchestra performed the track ‘Apocalypse’ that's featured on the stand alone DVD episode called ‘Battlestar Galactica THE – PLAN’. Of course I mentioned Tina Guo - Classical & Electric Cellist. You'll see her do a solo during the 'Apocalypse' performance in the video below. Bear propped his feet up for a moment in response to my joking to Cliff about not getting our socks on film. So bear was  having a little fun too.

If you haven’t finished all season’s one through four of the BSG series on DVD yet, I urge you to not watch THE PLAN until you do.  It will ruin the series, well maybe not ruin it; however there are things that you should not know, and if you do, you won’t have the same fascinating experience of the series. When seen in the it's intended order  - after all seasons have been viewed - THE PLAN is an absolutely incredible addition, the true icing on the cake; yes it’s that good. That’s how important it is to let it rest until the end of season four after the last episode. Trust me don’t do it, or you’ll suffer at the hands - or steel claws rather - of a group of Cylon Centurions.

BACK TO HERB AND THE BEAR 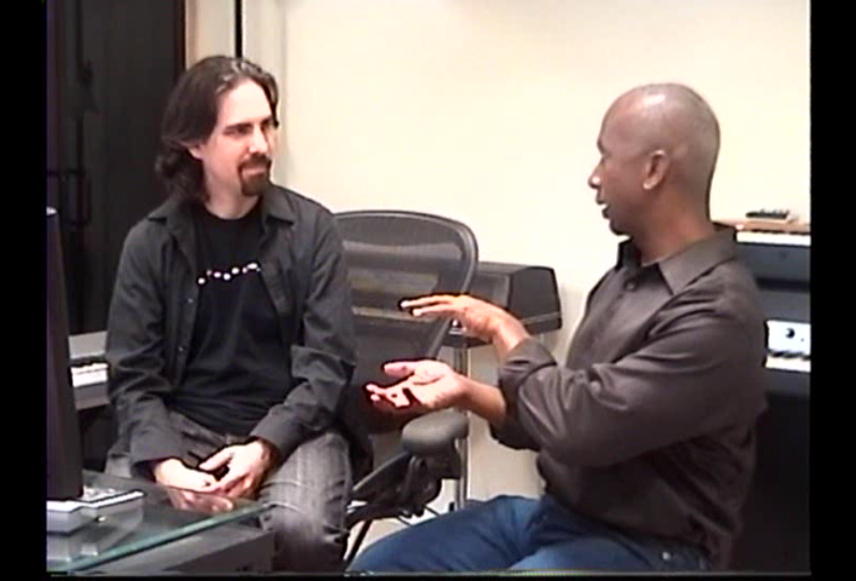 The interview with Bear Mc Creary was great. We began filming after a short conversation about the Battlestar Galactica Orchestra performance at House of Blues. Eventually, it suddenly dawned on me - We should be filming! It was off the record but our conversation may as well be part of the interview.  Shawn and Chris were close to the location anyway, I suggested to Cliff that he go ahead and start shooting. This is why the video just cuts into the middle of a conversation. That’s one long explanation Uh? Well I’ve been known to be complicated. Of all the questions I asked Bear, one was about his vividness of BSG scenes and their corresponding scores. Many moons have passed the work has been done, the series is long over, other projects have been on the table and more on the rise.I was curious if even to this day when he performs BSG music if he's has a strong vividness of every detail of a scene while performing it's corresponding score.

For example, while casually performing a simple piano version of ‘Prelude to War’, but perhaps in the comfort of his own home or studio. Is it only the music or both? 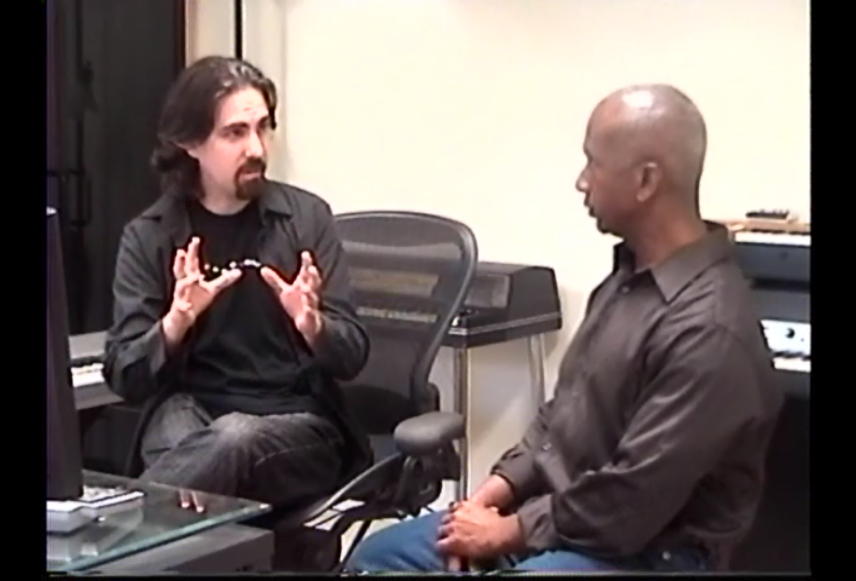 We certainly think you’ll enjoy the video. It will be available soon, and you'll hear first hand Bear's personal experience, and input about it, and he did actually have much  to say about that question; including the musicians that perform his scores and the emotional aspect. Bear Mc Creary graciously went on to answer  and discuss more of my questions. He was very open expressive, and flowed though every detail. I’m sure Shawn, Cliff and Chris would all agree that it was a great experience!

What about you fan club members? When you hear the music by itself, long after having completed an episode or the entire series of BSG; do you remember, visualize specific details vividly?  I know I do. How ironic that through Bear's music of Battlestar Galactica, I've learned to appreciate a new genre, and that would be classical.  I've always listened to the genre of soundtracks for years. Not all of the music throughout the Battlestar Galactica series is is what I would expect to hear in a typical classical concert setting, it is what it is for a purpose.

I'll be attending a classical music concert April 10th 2011. The Concert by Pantoum Trio includes Cecilia Tsan - Cellist, and friend of many years. Cecillia Tsan has recorded several times with Bear Mc Creary throughout this year.


BSG music in the real life of fans

According to Bear, there have been many testimonies from fans that have used the BSG music in their weddings and other personal events. Apparently people have also related to their parent(s)when hearing the Wonder My Friends theme or Adama Family theme. Personally, I can relate to that, it reminds me of my own life interaction with my father as well.


BSG as a SciFi Drama

In the end Battlestar Galactica set a new standard for SciFi and is considered a SciFi Drama and rightly so. I have no doubt that BSG would have made it into the drama category, but without Bears music behind the feel of every moment, that "drama" category would have been more difficult to reach.

Bear says hello to a couple of friends of mine, and that was really cool for him to do.  We greatly appreciate Bear Mc Creary for giving us the opportunity to for this interview for our fan club.  We appreciate his talents, his art in music, the talented musicians in his BSG Orchestra, and all who record with him on other projects as well.

Thank you Bear Mc Creary for all that you do. 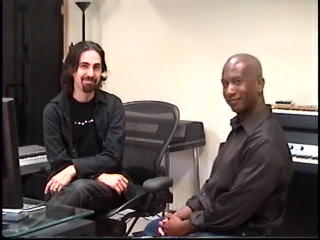 'The Shape of Things to Come'

'The Shape of Things to Come'

'Worthy of Survival'- (music and fan made video)

'All Along the Watch Tower' - (Music and fan made video)

'A Promise to Return'

Comment by Herb on July 6, 2011 at 10:27pm
Thanks Mikhaila. The video is really cool. It will be out before the weekend.

Oh Herbert- What an incredible job you did! So in- depth. I can't believe how hard you worked on this. And imagine-this is just the first part. I can't wait to see the rest.

Comment by Shawn O'Donnell on July 2, 2011 at 9:33am
Love it!...Chris Loomis, Kevin Porter (Bear's PA) & Myself were watching quietly from the other side of the room watching the magic unfold...