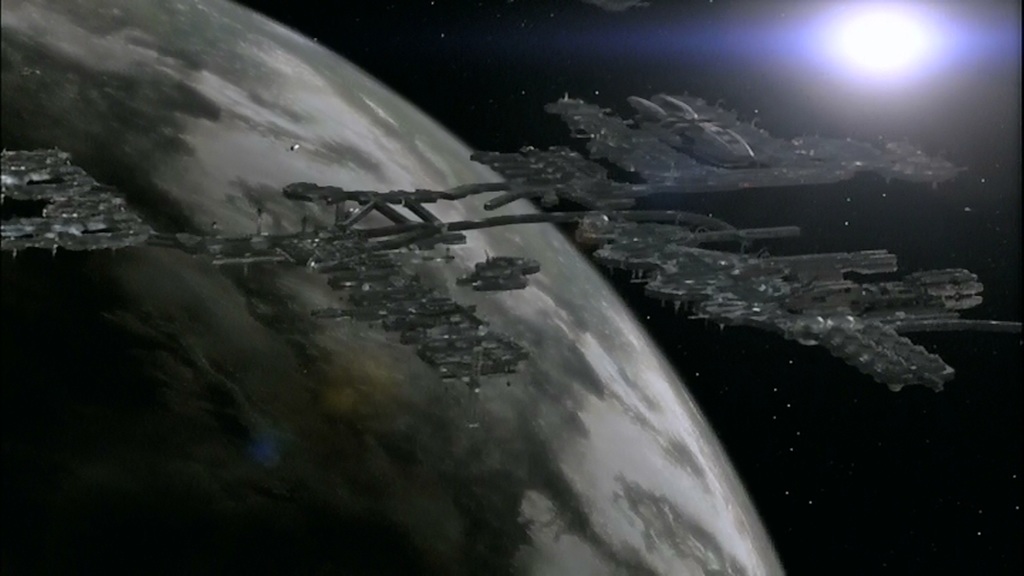 Inside the Main Hangar Deck of the Gunstar Trireme, The Official Launch Ceremony is underway; Admiral Rivera has Just Read the Orders,and Presented Command to 'Leonidas' Ranson; Now, Leonidas Takes the Podium Before the Assembled Crew and Guests:

There are Those who have Read About me,and Those who Know About Me;I Joined the Fleet to Destroy Cylons; I helped Build an Air Wing; I have led Men and Women in Combat; In the Process,We have destroyed many Enemy Base Ships, Support Vessels,and Facilities in Space, and on the Ground; We have destroyed Legions of Cylon Raiders;I Have 45 Confirmed Kills;Whenever A major Cylon Threat was Found,It was turned back in A Decisive Manner.

We have done our Part to Assure that the Colonies remain Safe and Free from the Very Enemy that We have created,and that wishes to send the Human Race into Extinction.

However,The Job is Far from Over; The Cylons still Remain; And Now, I have been Given A New Task: To Command the Newest Addition to the Fleet;And, that Ship will be the First Part of the New Raven Battle Group; We will add Our Guns and Missiles to an Already Powerful Strike Force; My Mandate will be to Have the Back of the Battlestar Raven,The Flagship of the Fleet; Together,We will Deliver more serious Blows to the Cylon Menace,and Pave the Way for the Rest of the Fleet.      SO SAY WE ALL!

Marine Detachment - READY    All Hatches and Airlocks - CLOSED AND SECURE  "

" THIS IS SCORPIA DOCK,TRIREME; YOU ARE CLEARED TO DEPART; AND MAY THE LORDS OF KOBOL BE WITH YOU"

Thank you,Scorpia Dock, and So Say We All, Trireme Out!

(TRIREME BACKS AWAY FROM DOCK ACCOMPANIED BY TWO DOCK RAPTORS ) " We have Cleared the Dock Sir!"

(Leonidas Turns to the XO) I'm going to Finish Unpacking; Bunny, you have the Watch; I want first ACTION STATIONS Drill in 90 Minutes.......Mark!

Fair winds and following seas! May all your guns be on target and all your toasters be toast! Good luck all.

Good Luck to them! In that case, we'll see you around the stars.

Besides,Wedge, We'll Have our Own Raptors: The GREMLINS.

Thanks! Have no Fear, We'll be Crushing Cylons  Before you Know it!

Godspeed, Trireme. give 'em hell! If you ever need a lift call us up! My raptor's always fueled up for you. Happy Hunting!

May the Lords of Kobol be with you, Trireme!