People of the Fleet:

Fayetteville,NC has undergone another successful gathering of everything geek.

This time, some classic BSG was finally thrown into the mix;Thanks to the appearance of Jack Stauffer (Bojay), The rag-tag fugitive fleet is now A part of Fayetteville's geek community. 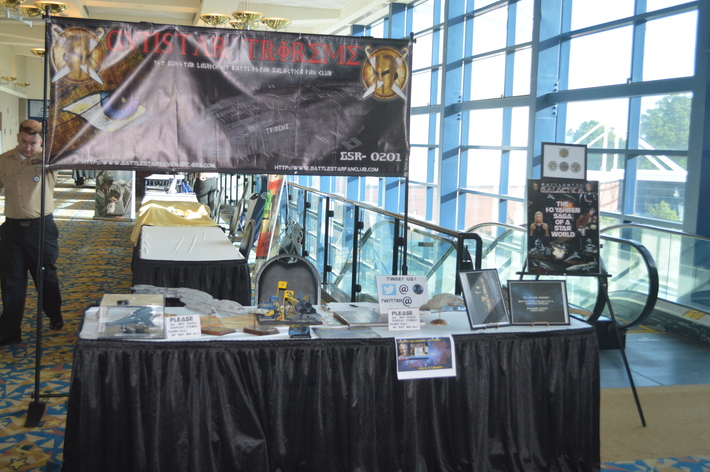 Jack helped the con kick off the panel discussions with his take on the struggles he had to endure as an actor;Sadly, only A few people attended this particular panel,but,Jack was gracious to give his anecdotes and advice to those who listened. Afterword, Jack met and greeted fans and sold autographs;Plenty of fun was to be had on the Crown Expo Center floor: Cosplay of all types,Collectibles,including comic books and toys, were up for sale;A stage was set for demos and performances,and DJ Clash was spinning tunes for the crowd. 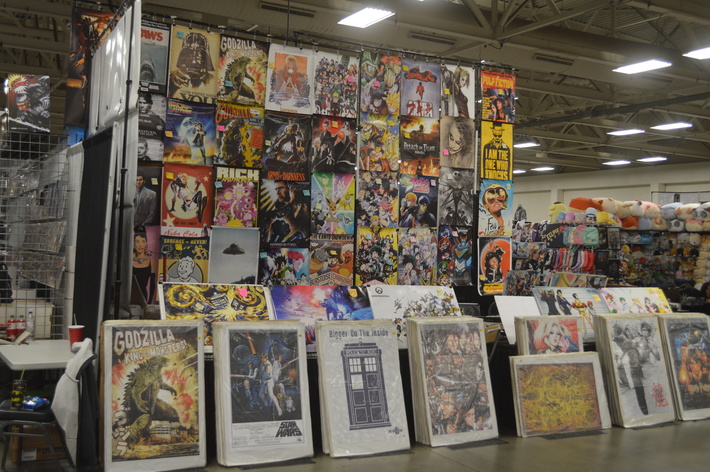 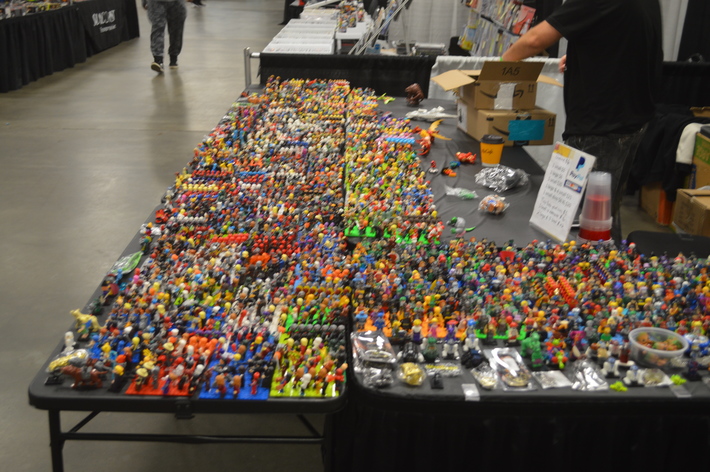 Wrestlers Arn Anderson(The 4 Horsemen) And Sgt. Slaughter(also of G.I.Joe fame) were also meeting and greeting fans;One of my Alter-Egos, Bulletman,was there to help Sarge keep those nasty Cobras in their place: Speaking of G.I. Joe,Comic writer extrordinare  Larry Hama was also in the house: 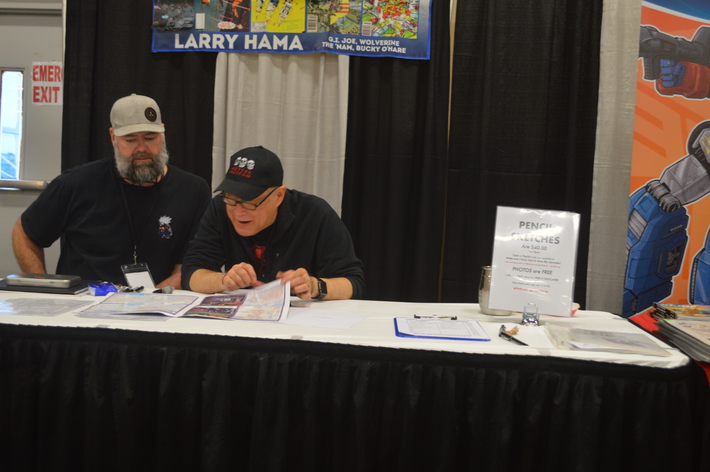 After Day 1 had wrapped up,I was there for Jack Stauffer's Comedy/Musical Cabaret "Confessions from Downstage Center,or as he puts it,How come I never got the Girl" At A local Holiday Inn; Again,not A lot of attendance,but you know with Jack,wether it's 500,50, or 5 people,The Show must go on! He provided his tale of struggles in grand Broadway style! I'm one of the fortunate few to actually catch his show twice(the first was at Galacticon IV,Seattle,2015). As Day 2 began, I presented Jack With A Trireme T-Shirt and Ship's patch in sincere appreciation for coming to Fayetteville,and his continuing to be all he can be for the fans;There is no telling how much longer he will make con appearances,since he,and the rest of the 1978 BSG cast,are getting up in years;But at least we can hope that other cast members,either TOS or RDM,will soon follow;Also Hoping that Team BSG Viper will someday bring their creation to the sand hills of NC. 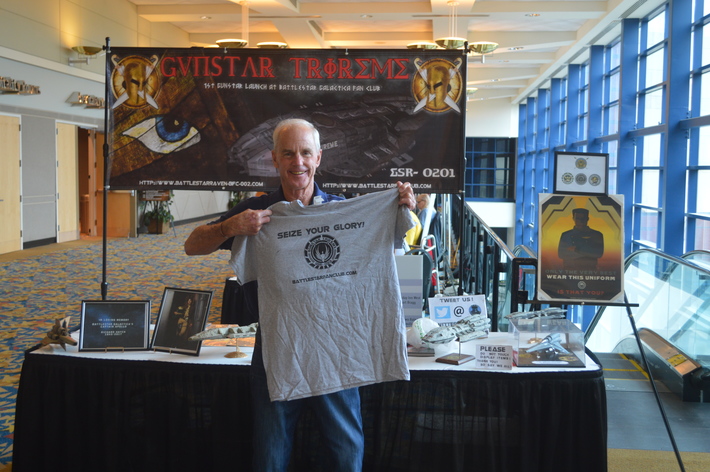 Jack did extend an invitation to me to attend All Con in Dallas in March;Oh, how I would love to! However, with my Finances in an Iffy state right now,It kind of looks doubtful,But,That could change;You never  know....

And, The Con Organizers announced that starting in 2020,Fayetteville Comic Con will now be Twice A Year,the first in April,and the second in October;I'm hoping I can do both;However,as with many of us in life,My Bank Account will have the final say.

Regardless of the future,I am happy that we have A base to spread our fandom to our section of the south;And, As long as I am able to,I will do what I can to advance the cause of BSG fandom; So Say We All!