It seems that for Fayetteville Comic Con,The 3rd time is the Charm.

After 2 previous attempts to have A BSG guest grace the con(Noah Hathaway,2016,who had to pull out because of scheduling conflicts,and, Richard Hatch,2017,who passed one month after the announcement of his being A guest),The premier con of the sandhills of NC is having Jack Stauffer,aka Bojay, as part of it's guest list this october 19-20. 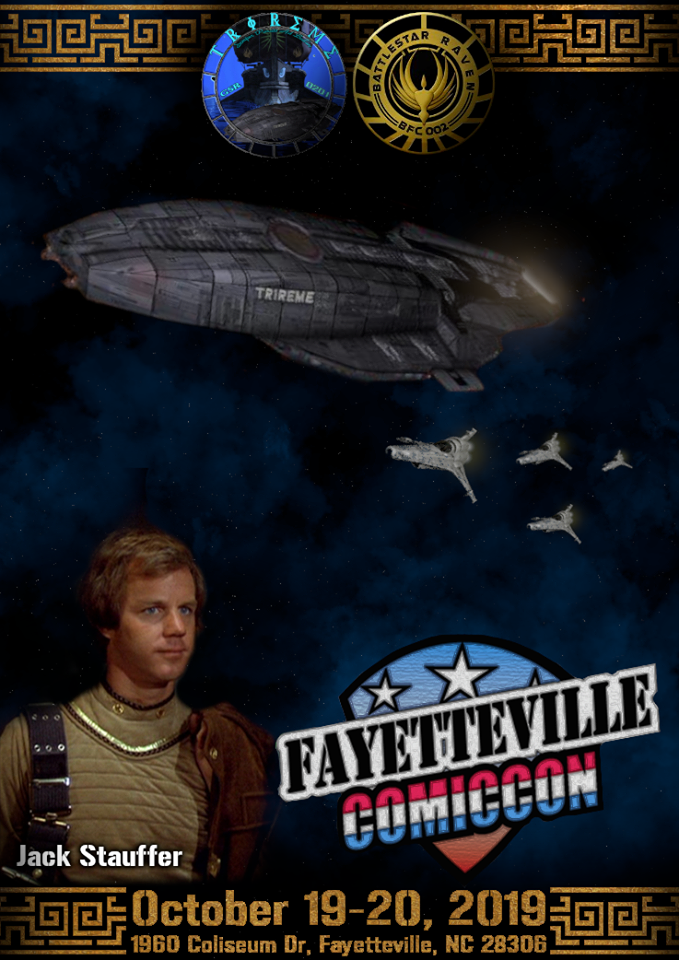 Jack will be meeting and greeting geeks from all walks of life,giving autographs, being part of A BSG panel,and even talking about his experiences in the Acting game;I myself can vouch that he is an extraordinary entertainer!

And, Lords of Kobol willing, this will lead to other BSG stars,from both series, coming to the All American City!