Aye, all you Colonial Lads & Lassies, it's true!

Alumni from Battlestar Galactica will be appearing at the Scottish Comic Con at the Edinburgh International Conference Centre November 10th-11th!

Of course it will feature other guests besides our illustrious BSG friends, you can check out the full guest list here

Now as far as the Battlestar guest list is concerned (which is the focus of this announcement) I'll point out three men whom I've known just a few years now.

Firstly, a man who I met about 20 years ago & who I also call a friend...only his friends get to call him the Boopay!...the lovely, beautiful...oh wait, I was thinking about Annie Lockhart...well, the talented actor whom you all know and love...Mr. Jack Stauffer!

I'm not going to being listing all of Jack's credit's...way too many to list here...but think besides Battlestar Galactica...The Partridge Family, How The West Was Won, All My Children...oh, before I get started...over 60 different television shows & movies. 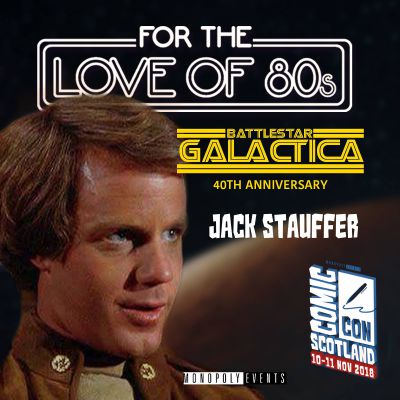 Go to this Con & tell Jack that Shawn sent ya!

(btw, you can contact Jack directly right here on the website or through is Facebook page...really..he isn't hard to find and he's not a bit shy!)

Another BSG regular who will be attending is known to all far & wide....He was Lt. Templeton "Faceman" Peck on the A-Team...but most you know him as Lt. Starbuck from Battlestar Galactica...Dirk Benedict! 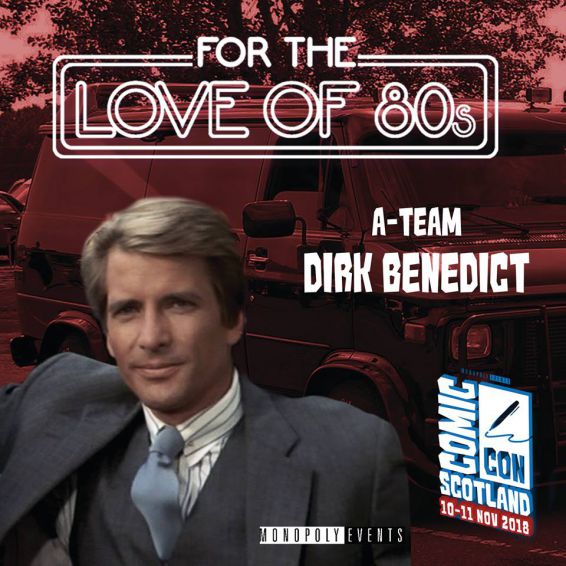 Now why does he always play a Lt.? They need to promote him to Captain!

Go say hi to Dirk for me!

Rounding off the list, last but not least is a Gentleman who has made his rounds at Cons holding up the flag of

Battlestar Galactica and is a true warrior for the BSG cause.

You many have seen him (if you have ever seen) Rod Serling's Night Gallery or Apollo 13...a man probably best known for his role as Lt. Boomer...Mr. Herbert Jefferson Jr.! 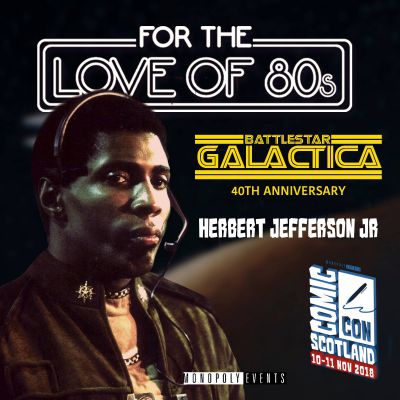 There you have it my friends...The Battlestar Galactica guest list for the Scottish Comic Con in November!

It's the 40th anniversary folks, check these guys out! 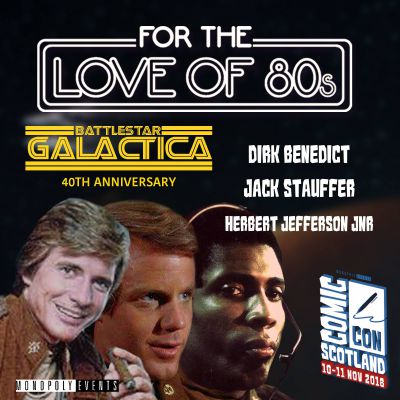 And do this...find out where a good Japanese steakhouse is in Edinburgh and let Jack know...all of you can organize a posse and GO with him to that steakhouse and have a fine ole time...some good Japanese food & and an opportunity to toss back some sake in memory of our buddy Richard Hatch who would surely love to be there with you!

Most importantly though, celebrate the friends who are with us now and keep that special Con tradition alive...

This sounds like it will be a great time!! I hope some of our UK members can attend. It is good to see the 3 of them back together!