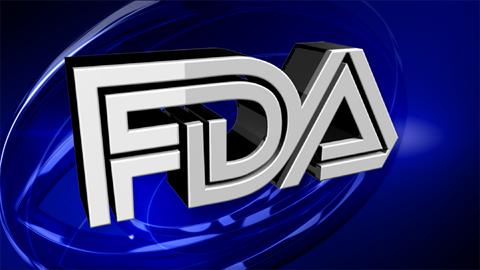 I can't claim that I did this graphic here to the left. I saw it with a WKYT News (CBS) and thought that it was interesting that some graphical artist for WKYT News used the BSG font for the FDA.

Star Trek: Voyages Of The Funakoshi 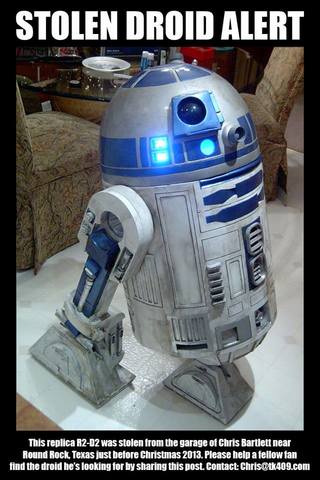 I know what I'm sedning to you is not BSG related and I did get permission to share the information as well as the attached picture. This has been posted on Facebook too by the Star Wars Fan club group 501st Legion. One of…

First of all I'd like to inform everyone here that I have been elected as the next Chairman to the Quorum of the 12 and that I just took the CDF Viper Mark II Viper Qualification test here and handed it into the CAG officer of the Battlestar Raven, Hopefully I did well enough to earn those bright and shinny viper pilot wings you Viper jocks wear proudly upon your chest.

On April 6, 2012 the Quorum voted of 8 yes to 0 No. Rick Reichard has been confirmed by the Quorum of the Tweleve as a new Quorum member.

To check out the lates issue of the Colonial Alliance News Corps newsletter click on the link below.

What every Colonial Alliance member needs

Pretty nifty, right? How did I accomplish this using Microsoft Publisher? Quite simple actually. All I did was use a blank business card size of 2 X 3.5" and selected the page setup…

For the up coming second issue of the Colonial Alliance News Corps Newsletter there will be a classifieds page in the April issue. The areas of the classifieds are annououncements, help wanted, for sale, services offered, and lost and found. You can send your classified ad to jcecil922930@att.net

My rendention of the planet Caprica firing off a missile to intercept a Cylon nuclear ware head during the first wave of the Cylon attacks again the Twelve Colonies of man. Basically all I did was fi…

My rendention of the planet Caprica firing off a missile to intercept a Cylon nuclear ware head during the first wave of the Cylon attacks again the Twelve Colonies of man.

Basically all I did was find an image of the DRADIUS console display erased what was in the center and saved the image as a gig file. Next I looked through Yhaoo news photographs and found one of…

Yes folks this was my first time to try out Battlestar Galatica Online today. At first I didn;t even get the online game to work here on my laptop. Oh what a shame!  Well I did not excatully exclaim that I much more said, "Frack!". Luckly I checked out the Battlestar Galactica Online forums boards for the reason as to why the online game did not work. Took me a couple of microns to find the exact problme that I was having and that was that my laptop was missin one key element. It was missing…

The Quorum of The Tweleve Approves Rob Tipton as Aquarian Delegate

Hey I missed out on the first publication how can…

The neat things you'll find on the web

While doing a web search for some funny BSG cartoons, of which there are not that many of, I came across web site that had various wall paper images  realted to BSG. One of these images cought my eye simplely because it had the Coloinal Goverment seal on it.

That's right I did what every does clicked on the image to get a bigger picture of the thumb nail then right clicked and copied the bigger image. After that I started up Paint.net and pasted the copied image as a new image and…

Colonel William “Wolf” Acosta stepped out onto the flight deck. “Attention!” The Crew Chief yelled out causing all activity to stop and take notice of who just arrived. Colonel Acosta looked down a…

Colonel William “Wolf” Acosta stepped out onto the flight deck.

“Attention!” The Crew Chief yelled out causing all activity to stop and take notice of who just arrived.

Colonel Acosta looked down at the row of bodies then slowly began to walk past each one. Never has he ever witnessed the amount of human life lost in a single battle than the one that…

While me and wife were using our WII gamaing system to find something to watch yesterday afternoon we discovered that NetFlix now has Caperica. That's right I had my wife put Caperica into the queue so that I could watch Caperica any time that I wanted. I've see a few of the episodes of Caperica but not the entire series itself. Yes I'm fully aware that Caperica didn't not last for very long I know it did not make any where a fifth season I'm not certain if it made it to a second season. At…

Work steadly continues on the Colonial News Corps newsletter. Just added information about how you can order a Colonial Alliance T-shirt and added a very easy word search to the newsletter. So if ther is anyone out there that is good at making up puzzles sedn them my way.

That's right. The Colonial Alliance Newsletter is being put together right now as your reading this. No this does not mean that I'm finsihed with it or that I'm ready to covert the Publisher file into a PDF file for uploading to my CDF Caperica website. That means you have plenty of time to send any thing your little heart desires to the newsletter. Send me what you have at jcecil922930@att.net and besure to put in the subject line Colonial Alliance…

I'm sure someone out there will recall that I first announced forming a Colonial News Network newsletter. I'm certain you can wade through my blog postings here and find it. Anyways, I'm still working on this and this time around I'm calling it the Colonial Alliance News Corps, CAN-SEE for those of you who like acronyms. Right now I'm developing the design and layout for this. What I really need is stories (articles), pictures, warm bodies as well as a few toasters willing to work on this…