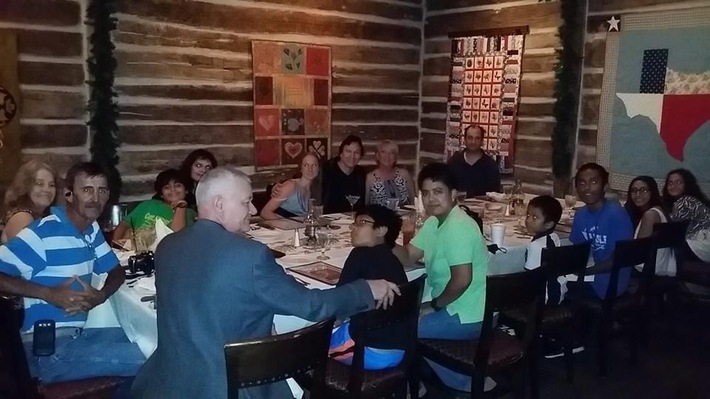 On behalf of the Battlestar Galactica Fan Club Staff…

Happy Thanksgiving Day to Everyone!

Thank you all for your continuous support and being members of the Battlestar Fan Club!  Another year is passing us by as we reflect on what has happened…

Colonials,
Greetings to all of you all. I hope all of you have been doing well. I see there has been little activity among the Air Wing personnel. This is understandable because everyone has…

I am a couple of weeks late posting this but as many of you know on July 1st we celebrated out 19th anniversary. One of our Members Dave Perry created an amazing tribute…

The following is a policy to give guidance to Battlestar Galactica Fan Club members on transferring from one ship to another. …

Procedures for starting a new ship chapter in the Battlestar Fan Club.

Blog BFC Fleet Standard Operating Procedures (SOP) 2 Likes Greetings! Greetings to one and all. I only just joined up with the BFC a couple of days ago, and thought I would give a shout out to those out there and say "Hello"! I've been a BSG fan for quite some time, a… Discussion Greetings! 3 Likes

Just a heads up to one and all. Chewie was not a member of the Colonial Fleet, but he was a comrade in arms, and beloved by many of us. He was a good guy in real life as well. Rest In Peace. So…

Bust open a keg of Ambrosia. Glasses up! Happy Birthday Leonidas. So say we all! Slainte!

Fates of the Fleet After the Fall of the Twelve Colonies, the fate of humanity rests with the Exodus Fleets of the survivors. They fight for the continued survival of humanity, to preserve civilization and to someday… Discussion Fates of the Fleet 4 Likes CYLON MODEL ZERO: Sisters under the skin Years ago, Lt. 'Baroness', A pilot with Spartan squadron,of the Battlestar Raven,and one of the air wing's trainers,attempted to assassinate then Raven CAG 'Leonidas';The attempt failed,exposing her… Discussion CYLON MODEL ZERO: Sisters under the skin 2 Likes