Years ago, Lt. 'Baroness', A pilot with Spartan squadron,of the Battlestar Raven,and one of the air wing's trainers,attempted to assassinate then Raven CAG 'Leonidas';The attempt failed,exposing her as A Cylon sleeper agent.

She was subdued,and placed in the brig under heavy guard; She was later transferred to A holding cell at the Ragnar Anchorage,To await transport to A military prison on picon,where she would be interrogated and studied;The fact that she was A cylon infiltrator was kept secret,outside those who knew.

She was about to be taken to A prison barge when the cylon invasion began; A small group of cylon ships jumped in and quickly overwhelmed the garrison;While the bodies of the dead were being gathered up to leave no traces, Cylon Model Zero approached the brig,with A secret: 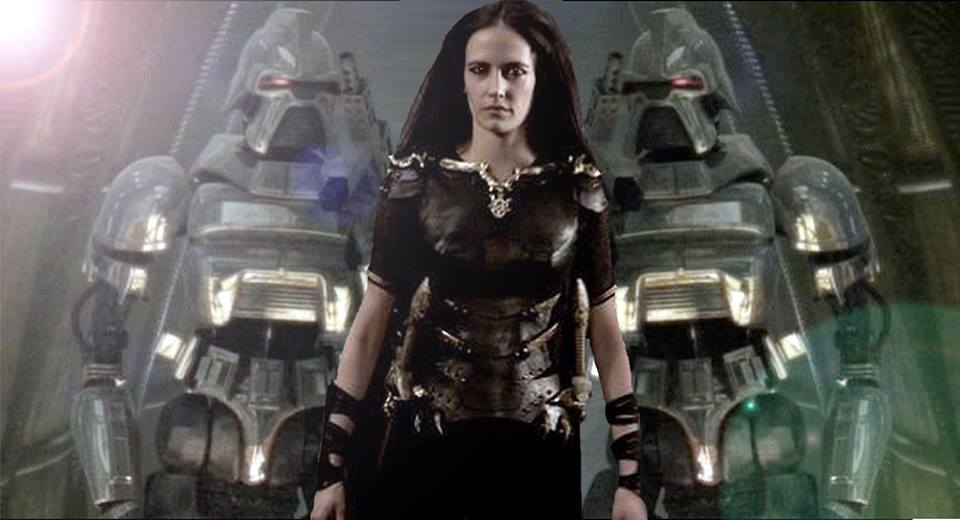 As she approached the cell,Baroness stood up with astonishment on her face "Who the Hell are you?" she asks; "It's obvious you don't remember...I am your twin sister.."   " THAT'S IMPOSSIBLE! I HAVE NO SISTERS!"   " That's because that was never programmed into your memory.."

Zero continued " You see, you were the ONLY copy of me that I allowed to be made; There are 12 different cylon models,and many copies of seven of those;However, I wanted only one copy of me to make sure that our face is not recognized so easily as the others might be;The humans don't know that we have now perfected their form,and we will now bring about the destruction of the human race."

"WHY?" Baroness shot back " We were simply defending ourselves! We signed an armistice,and were willing to put the war behind us! And, you never even bothered to show up to maintain diplomatic relations! We were defending the colonies from the likes of you!"

Zero laughed  " That's what we WANTED you to think! So, you could be among the humans and gain intel on their capabilities;In the meantime,we were getting stronger,and biding our time until we were ready to wipe out the humans once and for all!" She then ordered A centurion to rip off the door to baroness' cell.

"Why have you come for me?" Baroness asks " We know you were in one of the Raven's elite squadrons.." Zero answered " ..we know you were one of the most trusted pilots under Col. Leonidas ; As we speak, the attack on the colonies will begin shortly; We will shut down their entire fleet and turn the colonies into wastelands; My fleet will ,first, destroy the shipyards at scorpia;Then I will pummel Fleet HQ on Picon;Finally, I will personally destroy the Raven Battlegroup; They have been causing too many problems for us for too long;That stops today!"

"I still don't understand what that has to do with me."

"Dear,I'm giving you A chance to survive;And, we can better serve our race as God intended us to."

"No...I cannot and will not be A part of that...humans are not perfect...but then again,we may not be either....exterminating them is not the answer.."

Astonished,zero asks " What are you saying? You would prefer those who tried to subjugate us as slaves to those who would set you free? I know you had A sense of loyalty to Leonidas,but his job is to kill us all;We need to end him before he ends us!"

" That's still not the answer! The sacred scrolls clearly warn that all this has happened before,and it will happen again;The cycle must end somewhere,but not like this!"

"I'm sorry dear,but that's not your decision ;The decision is being made right now."

"In that case,you had better kill me right now; I will not betray those I have lived with and fought with side by side,no matter what my 'Programming' tells me!  I am loyal to the Colonial Fleet,and my shipmates on the Raven!"

With A sad face,zero enters the cell " So be it;Forgive me,my sister." and snaps Baroness' neck with one quick motion;She then orders A centurion to dispose of the body.

She then turns to  A Leoben: " You will stay here;Sooner or later A colonial military ship will come here for supplies and ammunition;Keep them occupied until  our reinforcements can arrive;Then,we will crush them."

"By Your Command' Leoben answers 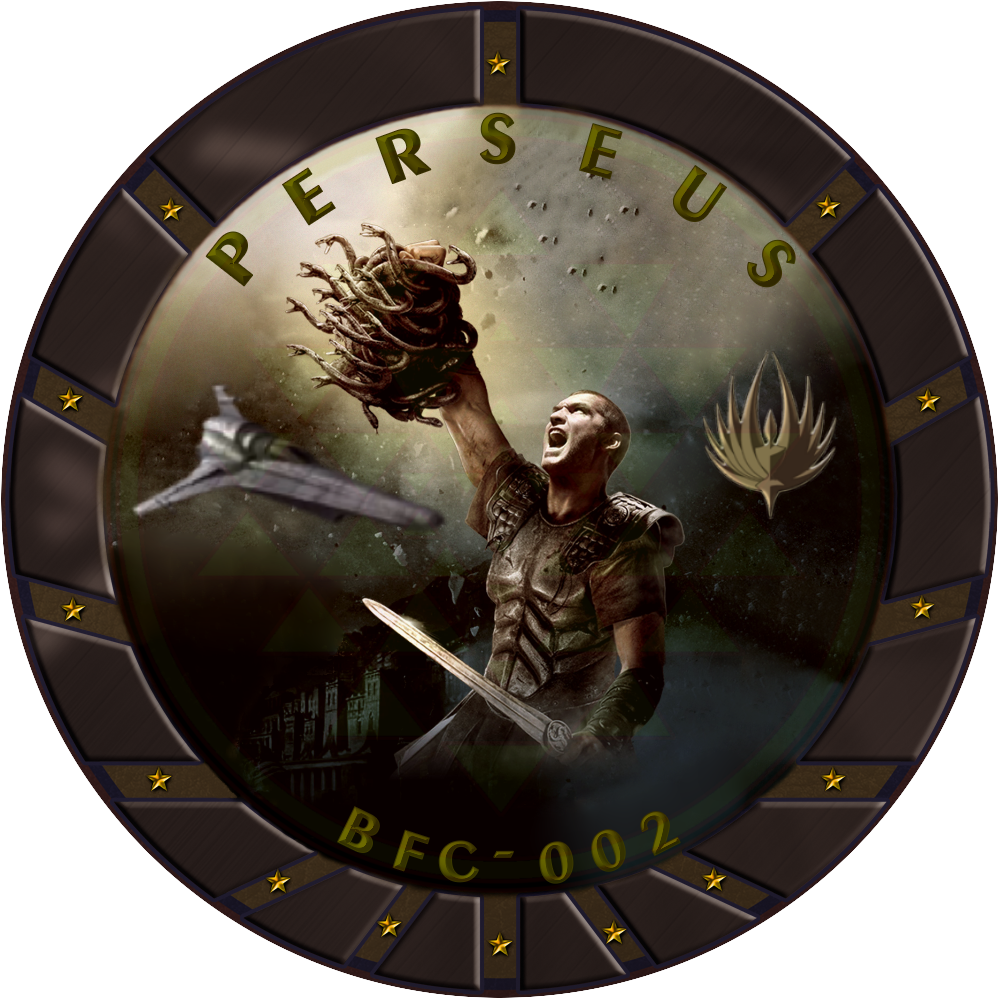 Responding to alarms from the Ragnar base it is not a solitary colonial ship that arrives but the Raven Battlegroup! Led by the CAG, Leonias, the Raven Air Wìng sweeps in, the Viper squadrons attacking the few Cylon ships and raiders. The Raptors deliver the Colonial Marines to the base where close combat begins with the centurions. Not without casualties the Marines are victorious, as are the Vipers, destroying all Cylon assets. However there is a dradis report on the Raven that two raiders escaped by ftl jump.
Raven Actual visits the base to see the results of the engagement. CCTV recording of the encounter between Baroness and Cylon Zero is discovered. A thorough search of the base finds no trace of Zero. Was she killed in the battle, or has she escaped?

She and her fleet actually left ragnar just before the main attack began; Her first target was the shipyards of Scorpia;She left behind the leoben that greeted the galactica,and was later killed by Cdr. Adama;Zero would then be in pursuit of the Raven battle group,until the showdown at the Omari Nebula.