The TRIREME: Then And Now

The COLONIAL GUNSTAR TRIREME is Carrying on A Proud Tradition that was begun by our Ancestors Centuries Ago: A Fast, Mobile Ship with A Skilled Crew.

The First Ships, called 'Triremes' Were Built by Hand,Powered by Hand(as well as the Wind),And Manuvered by Hand; They were Manned by Men Who were Motivated to give EVERYTHING they had to Ensure their Homelands were Safe,Even Against Overwhelming Odds: 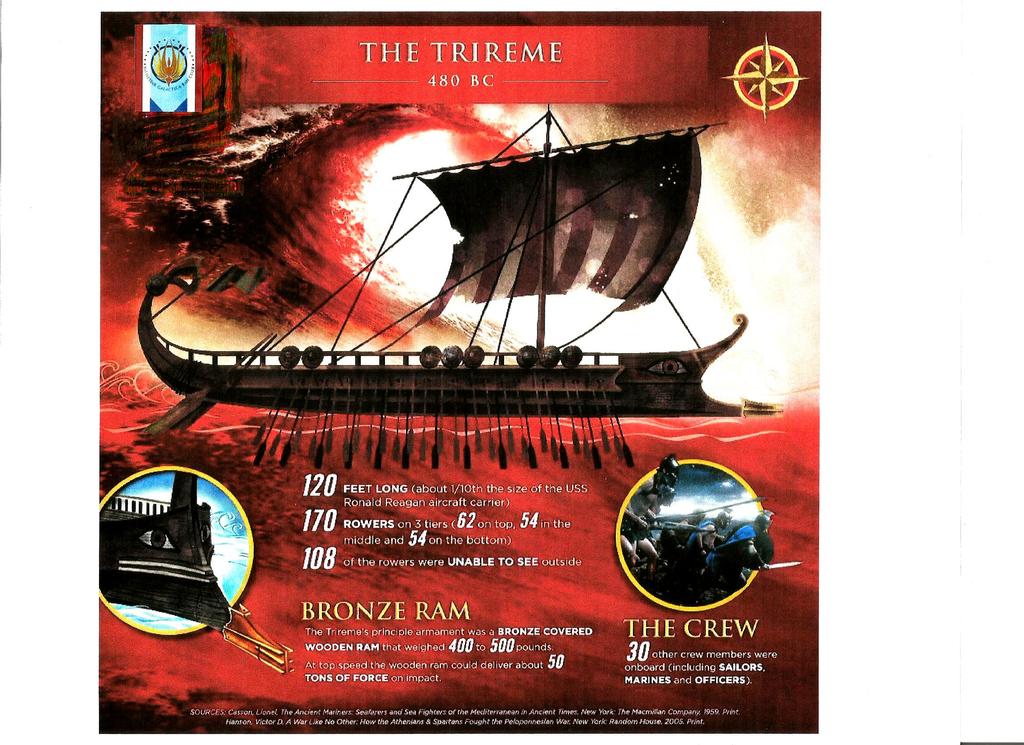 They took Their Ships Headlong into A Massive Enemy Fleet;and, With Ingenious and Creative Tactics, they inflicted Massive Casualties,and Turned the Tide Against their Numerically Superior foe to the Point of Forcing their Retreat.

Today's Trireme is Technically Known as A CYGNUS CLASS MK. I (Mod.7) Gunstar/Escort.

This Design was Introduced During the FIRST CYLON WAR;Hundreds were Built; Their Main task was as Escorts to Battlestar Groups;Basically,Screening Vessels to Protect the Flagship from Incoming Enemy Fighters and Missiles; Many Proved Their Mettle,And Many were Lost In Battle; Another Task was to Patrol and Protect Colonial Borders From Invaders,Pirates,and Smugglers; Many A Pirate Thought twice About Engaging A Cygnus-Class Gunstar in their Area.

Today,The Design,Although Noted as 'Past It's Prime', Has Been Uprated,Modified,and Improved Upon;There are Cygnus Class offshoots that have been Enlarged and 'Super Stretched' To Perform More than their Designed Tasks with more Efficiency and Survivability; However,the Standard Cygnus Mk. I is still a Viable Escort and Gun Platform; It has Received numerous Upgrades to keep it in the Colonial Fleet: 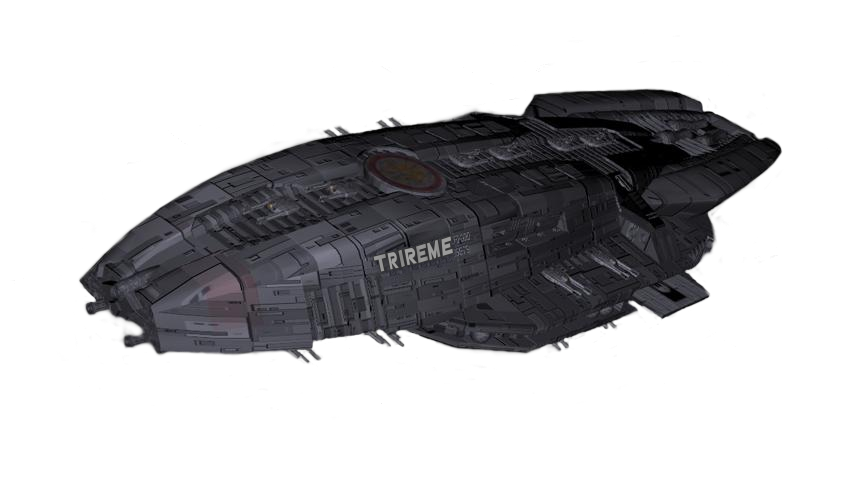 CONSUMABLES: 1 to 3 Years of Food,Fuel,Ammunition Depending on Mission.

Hangar Bay can House Extra Ships for Storage,or Visitors; has 12 Maintenance Bays for repairs to small ships only.

DAMAGE CONTROL: Auto Firefighting Capability Managed by Boraton Mist/Foam/Liquid Control Center; Damage Control Stations - 3 (Main) Engineering, (Aux) CIC ,also Forward of Landing Control Station; All Ships in the Fleet have Damage Control Teams who are Part of the Engineering Department;They are Charged with the Safety of the Ship,and Tasked with Fire and Rescue Operations; Also, All Members of the Colonial Fleet have Training in Fire Fighting,and First Aid Techniques.

These are the BASIC Specifications; Others are Added/Upgraded/Deleted as Situations Warrant.

In Overall View, The Task of the Trireme is Basically The Same: To Attack and Defend; With A Capable Crew,The Ship Can Carry out Whatever Task(s) It is Called Upon to do;To BE Capable,A Crew Must Know Their Ship,and What It can Do; That is the Job for All of us,so the Ship Can Remain A Vital Part of the Colonial Fleet.