Most Ships in the Colonial Fleet are often Supported by Small Craft of all Types; The Most Common to all are the Shuttles and Cargo Transports/Tankers. 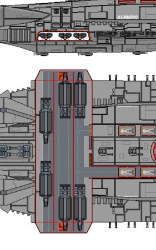 The Hangar Capacity of the Cygnus Mk.1 Gunstar/Escort,Although Limited,can Accommodate Almost All Small Craft Operated by the Fleet, or Small  Colonial Civilian Craft In Emergency Circumstances.

Under Normal Conditions, the Space is Utilized for Extra Storage,When Required; Or, is Used for Events Involving the Ship's Crew,Like Ceremonies,or Recreational Activities; When the Early Cygnus Class Ships Entered Service during the First Cylon War, Space was at A Premium;Since then,With the Upgrades,This has Improved Slightly; However, Whatever Space is Avialiable Must be Utilized with Common Sense: 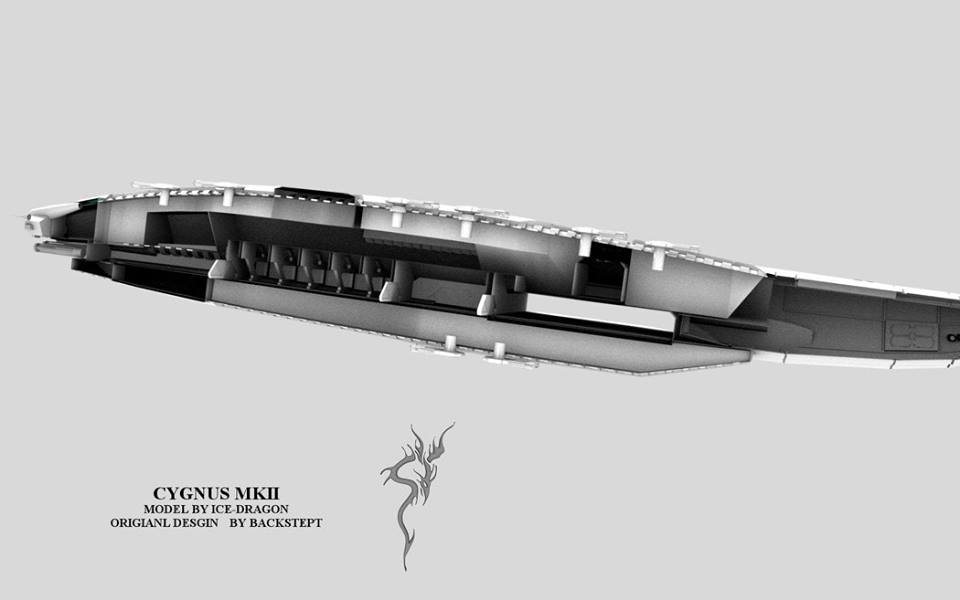 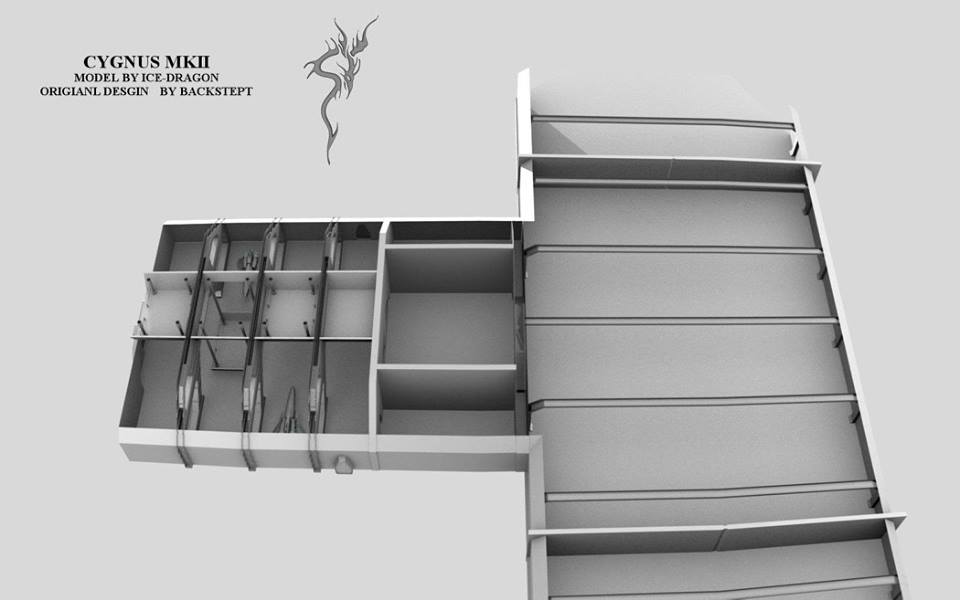 The 'Workhorse' of the Colonial Fleet is the Standard Raptor (Mk.II): Since the First Cylon War,The Raptor,With it's Limited FTL Capability, Has been the 'Go-To' Multi-Modal,Multi-Mission Small Craft of the Colonial Fleet; It's Uses Include:

and, the Heavily Armed STRIKE Raptor Version(Even though ALL Versions can be Armed via Detachable Underwing Hard Points). The 'GREMLINS' are the Detachment Assigned to the Trireme; Their Primary Tasks are Fleet Transports to Other Ships,or to Fleet Stations/Facilities; And, In Conjunction with the Trireme's MARDET,They Conduct Boarding Actions to Enemy Vessels, or Suspicious (Pirate/Smuggling) Civilian Ships; They will Occasionally Conduct Advanced Recon/DRADIS Missions,along with CSAR,As Necessary; And, The Trireme has Acquired Two Conversion kits to convert Two Standard Raptors to STRIKE Raptors;However, this Option is Reserved  for when the Situation Warrants.

Since the Cygnus Mk.1 has no Launch Tubes for them,There are Officially No Vipers Assigned(All Takeoffs and Landings by Small Craft are 'Hands On'),Even though they can be Accommodated in the Hangars. The Colonial Shuttle,Mk.II, is the Standard Fleet Transport for Cargo and Personnel( even though Upgraded Mk.1s are Still in Service). All Fleet Capitol Ships Employ them.

The Small Craft of the Colonial Fleet are as Vital as A Ship's Weapons or Viper Squadrons;Without Their Support, the Operations of the Fleet would be Severely Hampered.

We Owe our Lives to Those Who Fly them, And Those Who Keep Them Flying.