This Section will Be About the Trireme's Engineering Department, Including it's Functions and Responsibilities.

It is Well Known that A Vessel,Spacegoing or Otherwise, Cannot function without A dedicated Team of Men and Women tasked with keeping it 'Ship-Shape', as the term Implies.

Ever since the Original Ancient Vessels went to War to defend Their Homelands, There were People who built,maintained,and repaired them to keep them in the Fight in order to Stave Off the Forces who's Aim was Enslavement,or Obliteration. Like those Ancestral Sailors who used Muscle and Sweat to Build the Original Triremes, Like the Ancient Oarsmen Who powered and steered these Ships by Hand, Our Engineering Crew will carry on their Work with not only Brawn,but Brains, and Occasionally, Inventiveness; For An Engineering Crew is the most VITAL Part of ANY Ship;Otherwise,it would be just A Hunk of Metal Floating in Space.

From Top to Bottom, here are the Areas and Systems our 'Deck Gang' Keeps Checkers Green:

This is the System which permits Certain Colonial Vessels to travel Faster than the Speed of Light,Therefore,reducing the Time and Fuel required for Travel to Certain Points; Almost all Colonial Military Vessels,Support Craft,and even Small Craft,such as Raptors, are Equipped with An FTL System; Below are Photos of A FTL Drive System on A Columbia-Class Battlestar: 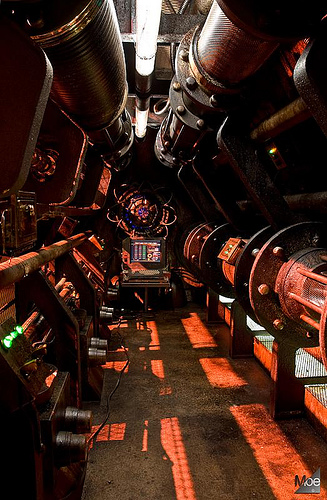 These are Images from after the First Cylon War; There have been Improvements and Upgrades to Standard FTL Tech since then.

These are the Engines that A Vessel Operates under Normal Conditions,wether they be Patrol,Training,or Escort Duties; The Normal Speeds Range from Low Sub-light,to Flank Speed,Which is  often used in Combat Manuvers.

These are Small Thruster Packages at Certain Places on A Spacegoing Vessel that keep A Ship in the Proper Attitude in the Weightlessness of Space; They are often used to slow A Ship down, And, to help the Ship manuver in Tight Places, such as Drydock,or in An Asteroid Field: 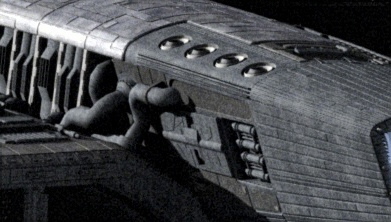 The Primary Fuel for these Systems is Refined Tylium; As Backups,Advanced Fusion Reactors and Generators can be engaged to power the Ship.

These are Systems to Detect,and Alert to any Damage to the Ship's Framework,Internal,and External;Including Damage by Radiologicals, Conventional Weapons, and Accidents.

These are Quick-Response Teams Trained to Repair any Type Damage in the Shortest Amount of Time,or, to effect Temporary Repairs to allow A Vessel to make it to the Nearest Repair Facility.

All Personnel Assigned to Colonial Military Vessels or Facilities are Required to be Trained in Fire Fighting,and Damage Control Assistance.

All Vital Systems on A Colonial Military Vessel are backed up by Redundant Systems to ensure the  Survival of the Crew in case of Critical Damage; This includes A Auxiliary Control Center,in case the CIC is put out of Action; other Measures include Back-Up Generators,and Emergency Stores.

This is where the Ship receives Cargo and Personnel; This is also where A Ship's Assigned Small Craft Launch and Land: Since the Trireme,being A Cygnus class Gunstar, has no Viper Launch Tubes,Vipers,as well as Raptors,Shuttles,Cargo and Passenger Ships are all launched and landed 'Hands-On'; In addition to moving and securing Small Craft,Engineering Personnel are also tasked with Maintenance and Repair,Under the Supervision of the Chief of the Deck,who is  in charge of Quality Control and Inspections.

These are Systems to Ensure the Survival and Comfort of the Crew:

These are tasked with providing Breathable Air for the Crew,and filtering out Smoke plus other harmful Airborne particles,Including Chemical Fumes.

These Systems Filter Water for Drinking and Hygiene; They Provide Lighting for the Interior and Exterior of the Ship,and to Power Ship's Internal Systems.

The Recycling,Filtering,  Sanitizing,and Reuse of Waste Water and other Reclaimable Materials; The Disposal of Unusable Sewage and Garbage; Also-General Cleanliness of the Ship's Living and Working Spaces.

The Following are Kept in Designated and Secured Areas:

For repair and replacement of All Systems

As you can See, being a 'Knuckle-Dragger' is a HUGE Responsibility on ANY Ship; And, as long as We have to send Ships to War,We will All Owe our lives to those Valiant 'Deck Apes' Who Work Hard to Keep our Ships in the Air so we may Fight whatever Enemy threatens us,or our Freedom! 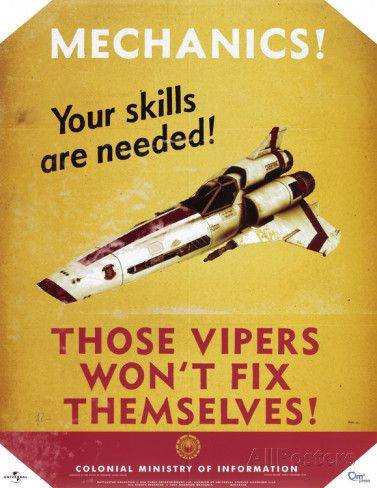