For the last couple of weeks I have been working on putting together my very own “Flying Tiger’s” Viper Mk II model (FTV Mk II).  Thankfully, I’ve had a lot of support from Lt. Reamer with the project.  He suggested that I write a blog and post it here to share it with all of you.

The Viper model kit is made by a company called Moebius Models.  They offer many different BSG models and I’ve been very happy with the quality of this model kit.  In addition, I also purchased a Revell P-40B Tiger Shark model kit to use a few of the decals for my FTV.  I used the P-40’s instructions to help me layout and design the camouflage pattern that reflects the image of our squadron’s emblem. 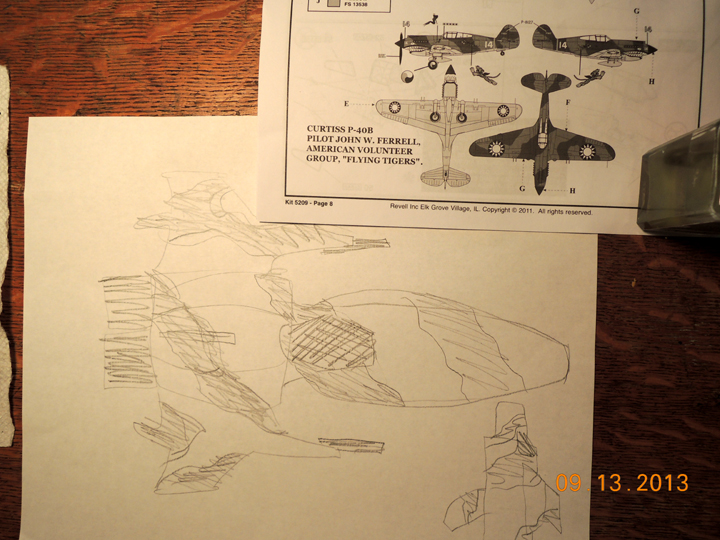 First the cockpit is painted then the Dradius and gauge decals are applied to the control panels. Extra details were added by painting various switches and controls in the cockpit. Then it’s set aside until the fuselage is ready for assembly. It’s pretty basic, adding more colors and details would be a good idea for models I plan on building for anyone from our squadron that’s interested. 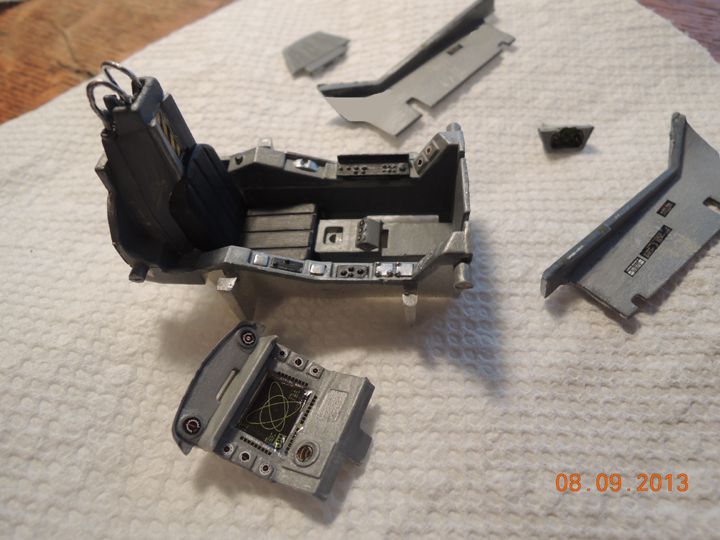 Next wires were added to the engines to make them look more detailed.  A heated sewing needle was very carefully used to make holes and then “craft wire” was strung through the holes.  Mostly, 26 gauge wire was used, and then once it was all in place, the engines and wire details were painted a steel color.  It took me a little while to get used to installing the wire because it was something I had never done before.  I used a picture of what it should look like as a guide and was happy with the results. 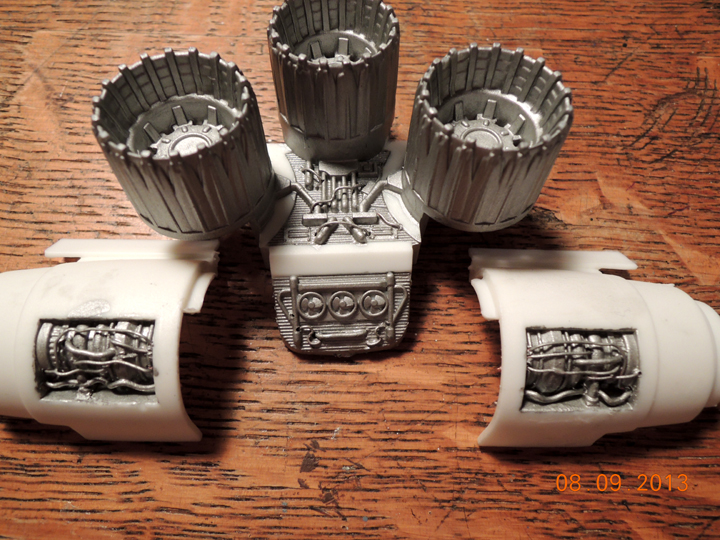 After cementing the model together, putty was used to fill in a few of the seams on the fuselage and then it was sanded.  Mostly the putty was used on both sides of the cockpit and some of the other seams to smooth it out so they are no longer visible.  Then the first coat of sandy-tan paint was applied as the base coat.  The bottom was painted flat gray.  Next I laid out the camo design on paper, roughly in line with the P-40 instructions but it was adapted to the Viper’s shape.  Olive green paint was used to make the outlines of the camo pattern, and then the green stripes were filled in.  Along the way I made a few adjustments to the width of the stripes with Lt. Reamer’s suggestions.  I’m really happy with how the paint job came out! 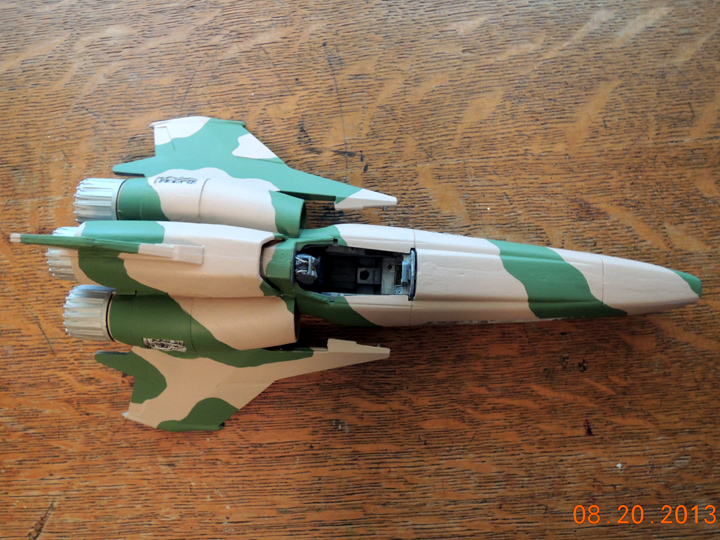 Once I was satisfied with the paint job, it was sprayed with a clear coat to prepare for the decals.  Personally, I enjoy putting on the decals, so that was a fun step.  I used most of the decals that come with the Viper kit, leaving out the name plate, tail number, “Galactica” and decals that would interfere with the Shark Mouth and Flying Tiger decals from the P-40 model kit. The Flying Tiger decals were applied on the side engine intakes tilted up like they’re ready to pounce! The center section of the Shark Mouth decal is removed so the decal fits onto the nose of the Viper correctly. 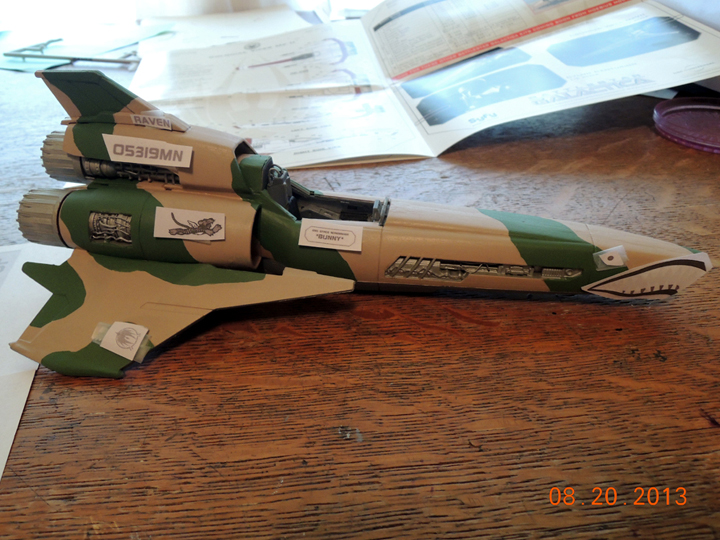 Creating the custom decals was the most challenging aspect of the project for me; at times it was downright frustrating!  Testor’s decal paper and decal bonder were used for the custom decals.  I fiddled around with the designs on my computer with Lt. Reamer’s help, and then printed them with my inkjet printer.  The custom decals consisted of “Raven’” my very own Viper Name plate and Tail Number assigned by Admiral Rivera.

The Viper name plate otherwise known as the VNP was the most difficult because the letters are just so small.  After the custom decals are printed, they must be sprayed with a few coats of decal bonder letting them dry in between each coat.  It took quite a few tries to get them to come out just right; it was difficult to arrive at the correct size, color, and print settings. The custom decals ended up being black instead of gray; I think the black looks really nice so it was worth the fuss. 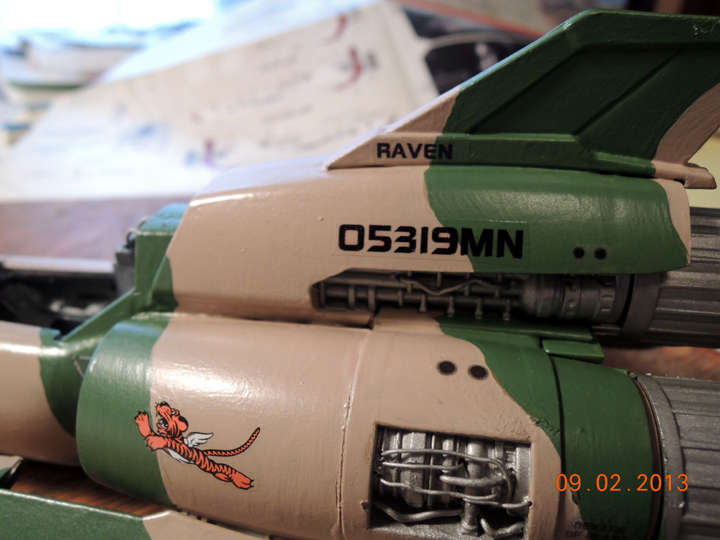 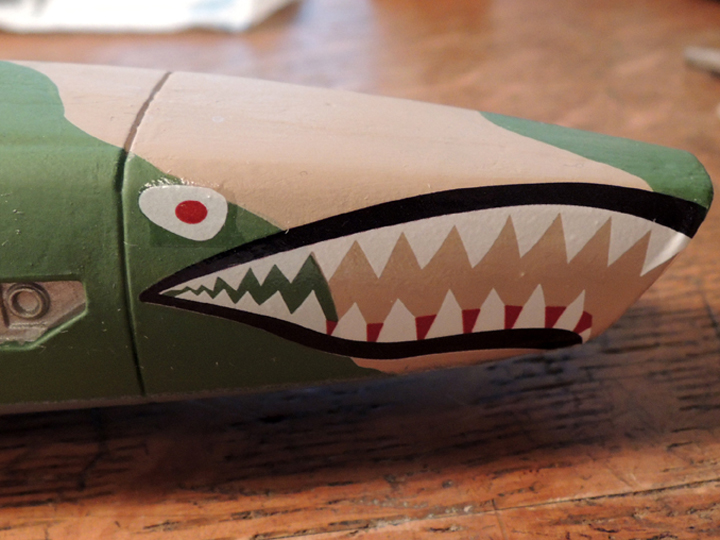 I did some weathering on my first Viper model built as Starbuck’s Mk-II, but I decided against weathering this one.  Mostly because I think it turned out really well, so it looks nice without weathering but it’s always an option.  Anyway, I hope this Blog been interesting for everyone!  I’m open to your feedback whether positive or negative, because I’m always looking to improve! 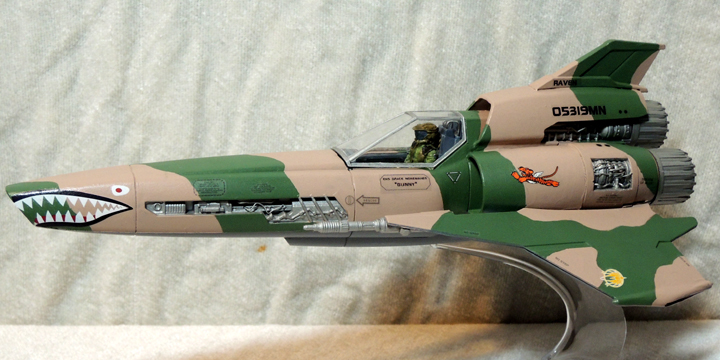 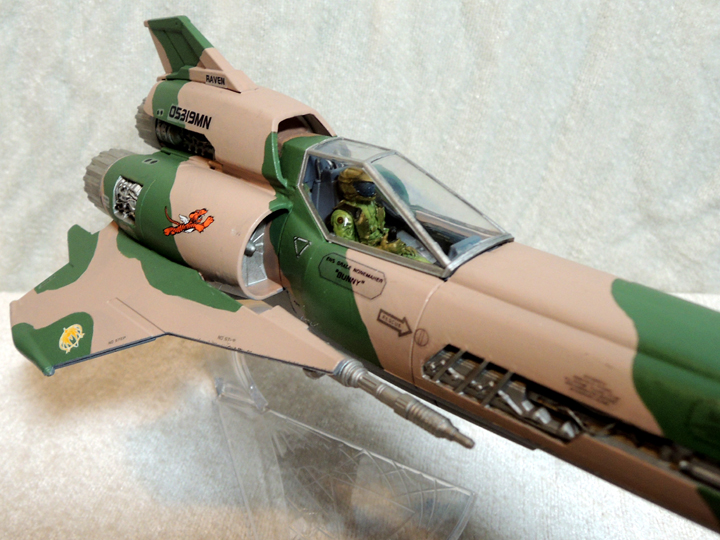 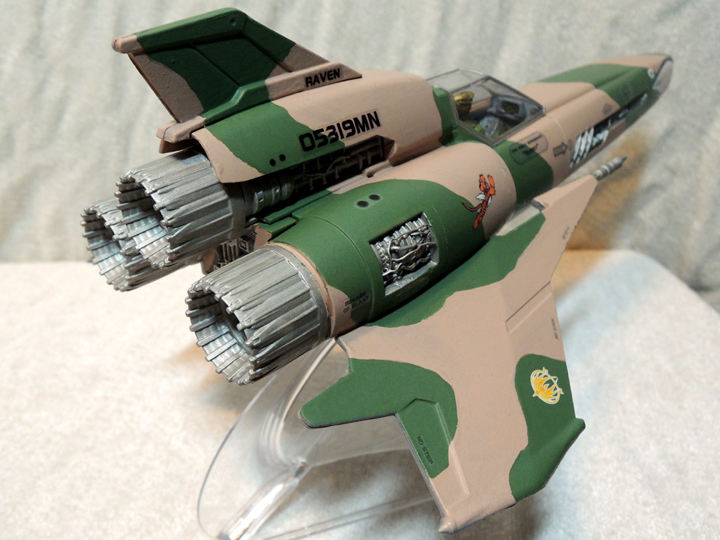 If anyone is interested, I am willing to build you your very own personalized Flying Tiger’s Viper. The choice is yours, either the Mk-II or Mk-VII.

If you would like me to build one for you, I need to know which of the following option you prefer:

Skids up or down

Viper Glued to base or loose

Awesome work, You'll be the envy of them all. Kudos!!

It doesn't matter how many times I see it I love looking at this blog. It is truly fantastic. I am going to have to have one One day.