The Caprica Fanclub Site is a Proud Partner with the Battlestar Fanclub.  We need Avenging Angels and Cylons to help in creating the Ultimate Fan Experience for Fans of Caprica

The Caprica Fanclub site recommends you send out a letter weekly to these 2 addresses Demand they Bring Caprica Back.

We recognize that there are a lot of programs out there right now working towards the same Goal, and this site supports that, but the bottom line is that nothing can match the power of a Hand Written Letter from you, this out weighs all other forms of communication by volumes.

to the Executives at Universal and SyFy a hand written letter is counted as 1 fan, not a percentage of fans. 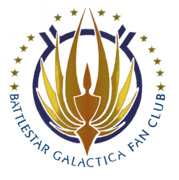 I began reading this intriguing newspaper, and find myself thoroughly enjoying it as much as watching Alessandra Toressani  (Zoe Graystone) and Genevieve Buechner (Tamara Adama) facing off in the…Continue

You need to be a member of Caprica to add comments!

You can find Caprica on Netflix now.

The Quorum vote 10 (yes) to 0 (no) to approve the Caprica Fan Club to join the Colonial Alliance. The Matter is now going before the Executive Authority.

Caprica fans be sure to check out the post on the Caprica prop auction at fan Days in October http://battlestarfanclub.com/profiles/blogs/caprica-prop-to-be-auct...

You can bid by email so don't let this get away.

Comment by Murrell Summers on May 18, 2011 at 9:09pm
With so few good shows to watch, it ticks me off that Caprica was cancelled. It would have been cool to see the series expound on the story leading up to the first cylon war.

Any Caprican out that wants to be a Quorum Staff Member stop by my Caprica website at http://www.usscommonwealth.org/caprica look for the Quorum Staff Member Application button and click on it to down load the application form. Fill that form out and e-mail mail it to me at cdf_caprica@cdfcommand.com

Comment by James Cecil on April 28, 2011 at 7:06pm
So there is talk about getting the show back on the air. I dunno. But I'll wait and see it that happens.

Comment by Donny Smeets on April 19, 2011 at 6:56am
shame cause it is a very good show.  where is the world going to..  i think it is not ready for this kind of good programs.. BSG time is yet to come i think... Caprica too.